Seven inch that accompanies a case of Illuminated Brew Works Saison beer. All art and music by John Forbes a prolific cartoonist and silkscreen artist in addition to having a long and storied musical career. John asked me to help with the graphics for the labels. I attacked his Facebook feed and web site, having a blast gathering the characters that parade around the labels.

John was infamous at the Touch And Go Records headquarters for his caricature of employees and band members. Most notorious were his Adventures of One Lung. They were comical situations about a sales person whose lung collapsed but didn’t stop chain-smoking after the medical emergency. These took on a life of their own with in the T&G world. 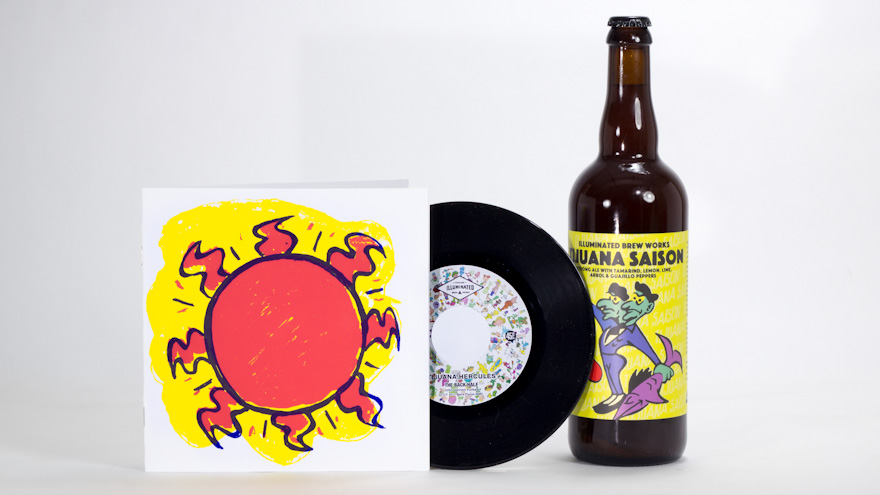 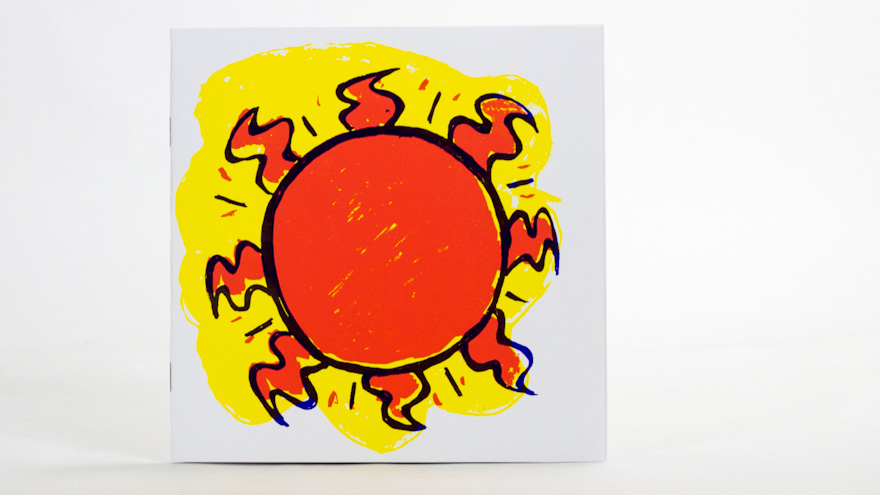 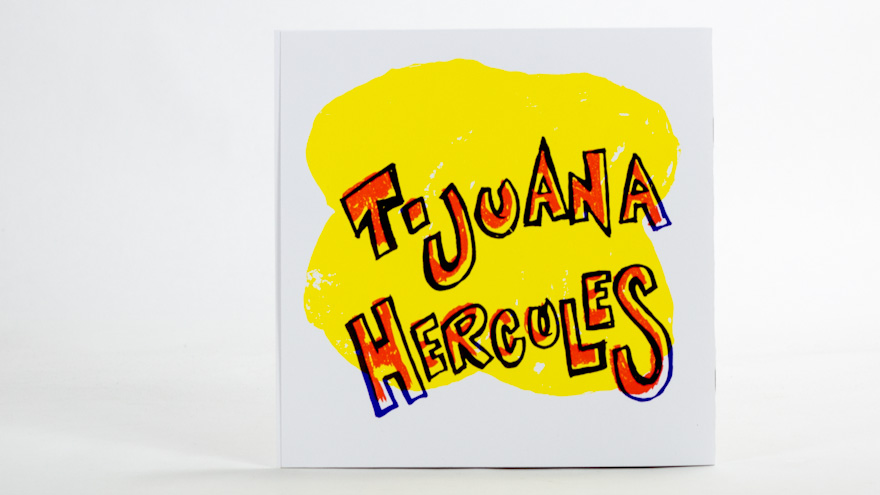 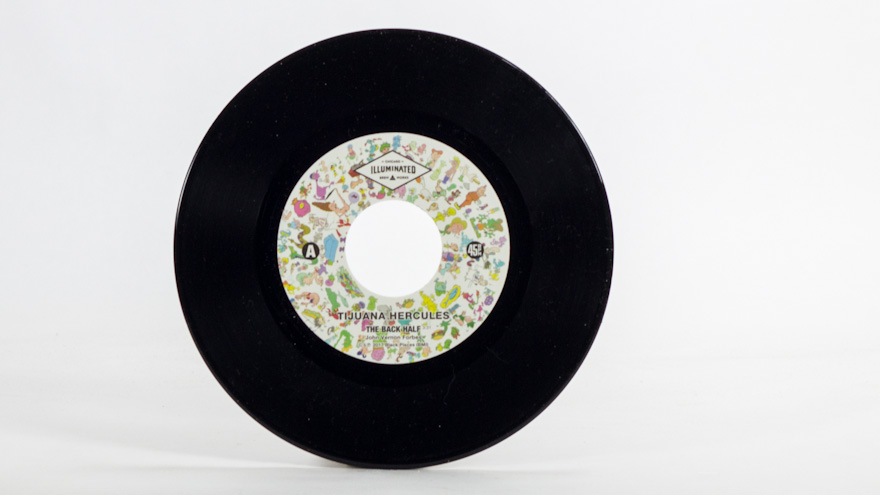 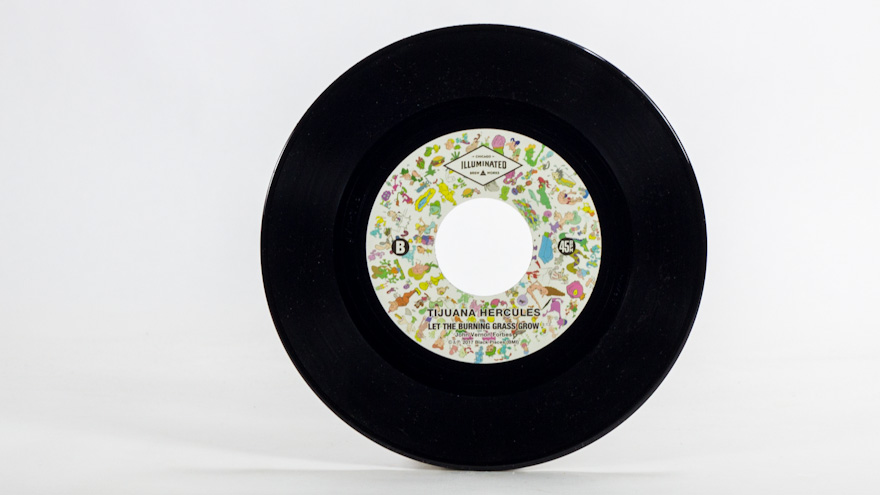 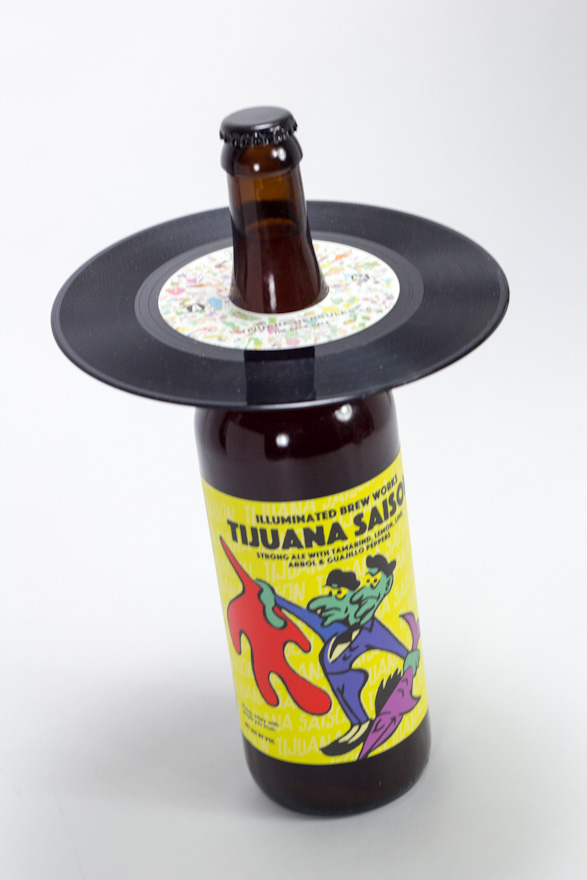