Nothing of Merit – Well Oiled Machine

Debut ten inch vinyl by the Houston band Nothing of Merit. The band of an old friend from LIbertyville High School who I reconnected with over the Facebook. Versions of the cover that didn’t make it to print are on the band’s Tumblr page.

I got to see Dave Babbitt for a few drinks in Chicago last year while Riot Fest was going on. It had been a long time since we had seen each other but it seemed like no time at all once we start talking music. David was actually one of the people who influenced me back in the day and introduced me to lots of amazing music.- we briefly tossed around the idea of him helping out with some of the artwork for upcoming Nothing of Merit 10 incher. I was pretty blown away with what he came up with – the concept was loosed edged around the corruption of Chicago politicians..palms being greased and so forth and the band being based in Texas now – So I came up with the title “Well Oiled Machine”  which is a nod to the oil business in Houston and all the scary things that brings to mind and also reminds me of Chicago because it sounds like it could be the name of an Effigies record. We went with the rotary engine which looks really cool and its interesting to different people that actually know what it is – The back cover was shot outside Steamboat Studios where the record was recorded – I’m pointing at a beer which actually is a joke pointed at a local band here. – Jeff Schmitz Nothing Of Merit 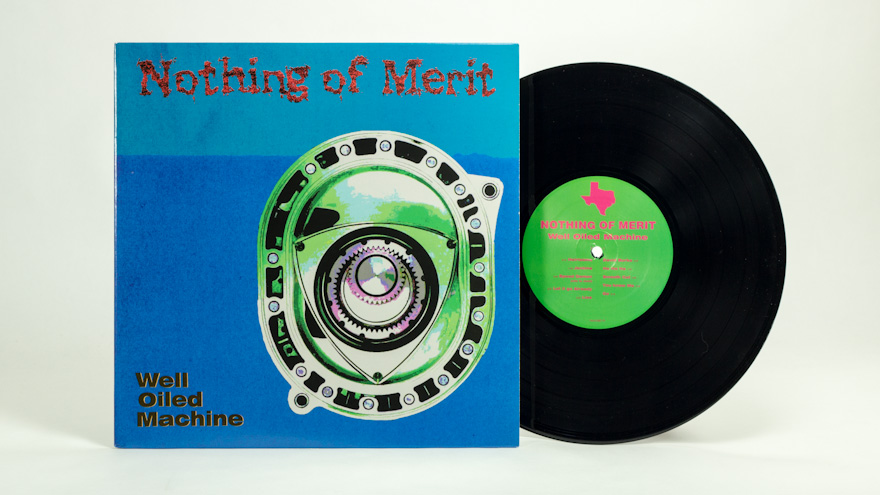 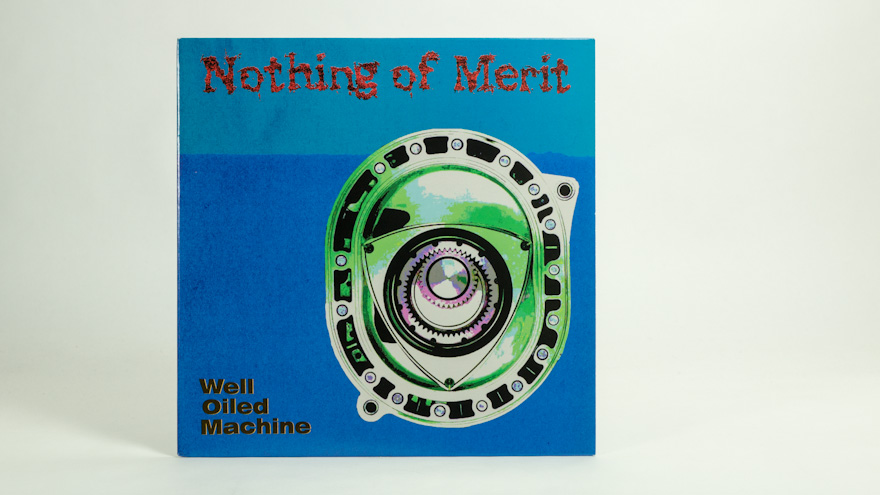 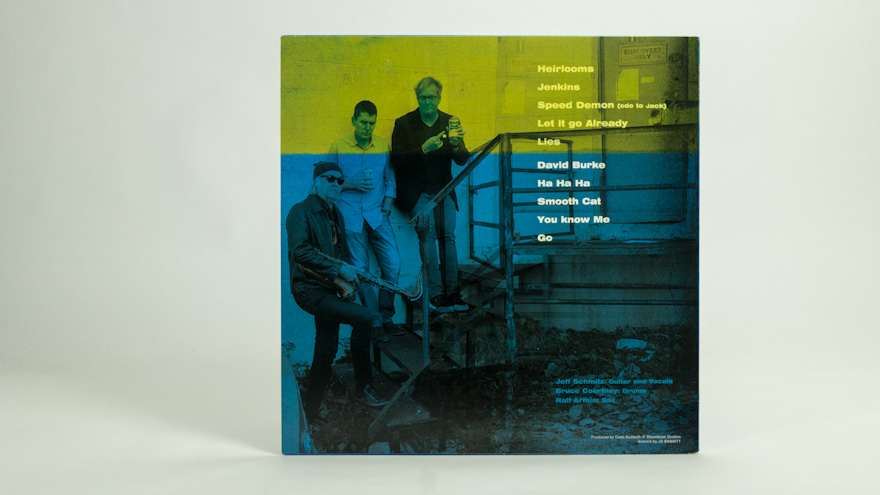 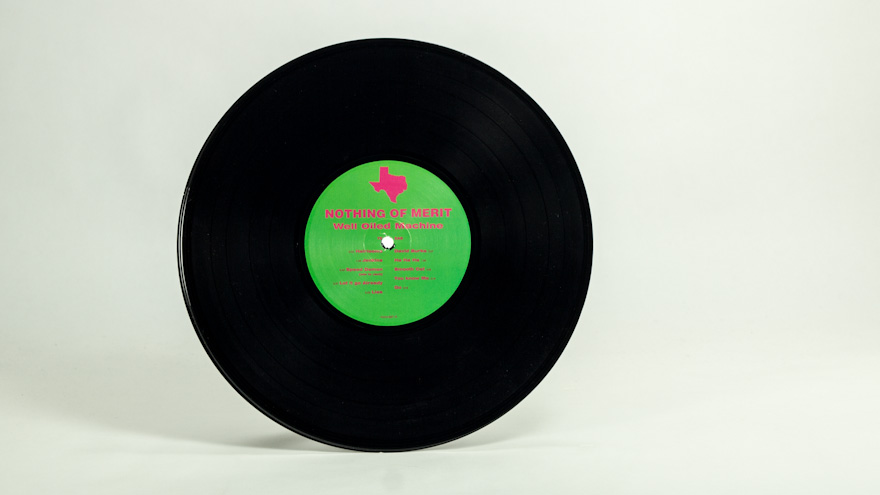 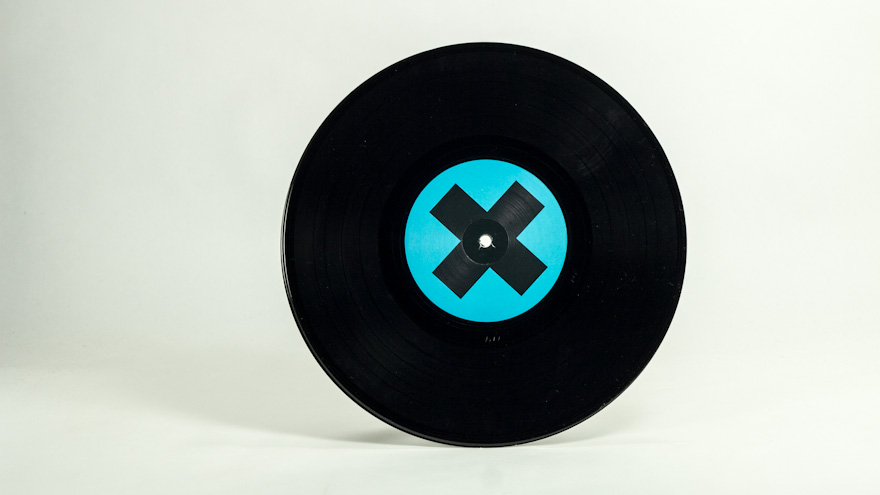