The colors of the CD faces are an extension of the tee-shirts Interzone printed for the band’s live shows. The Naked Raygun logo was printed on various colored shirts in various colors. It never ceased to amaze how the sales of color combinations could not be estimated. At some shows one combination would sell out and then at another it would sell only a few. Often the oddest combination of colors were the ones that sold well. 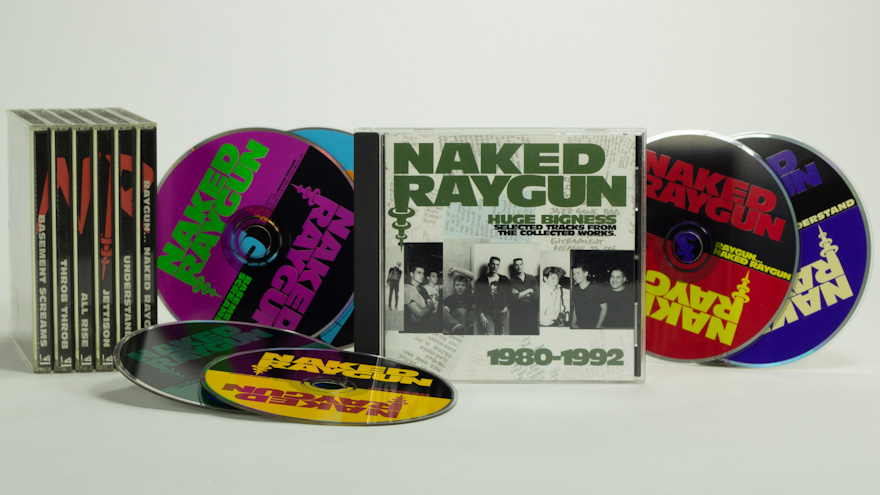 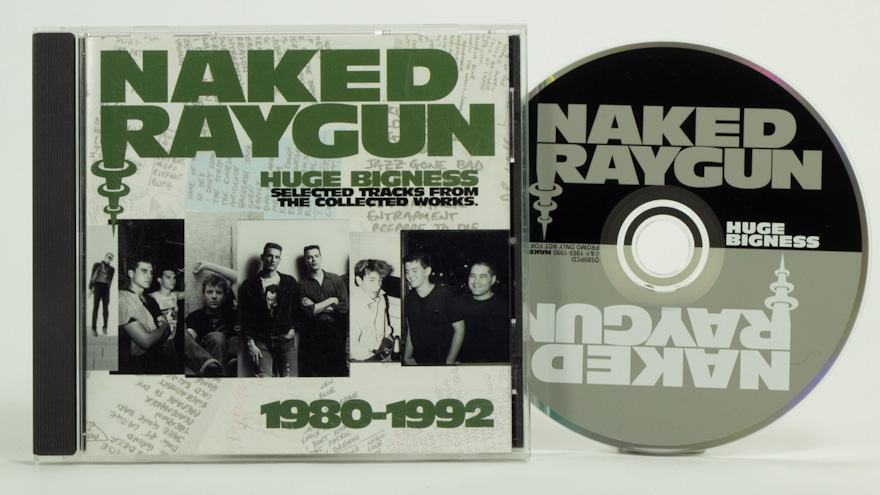 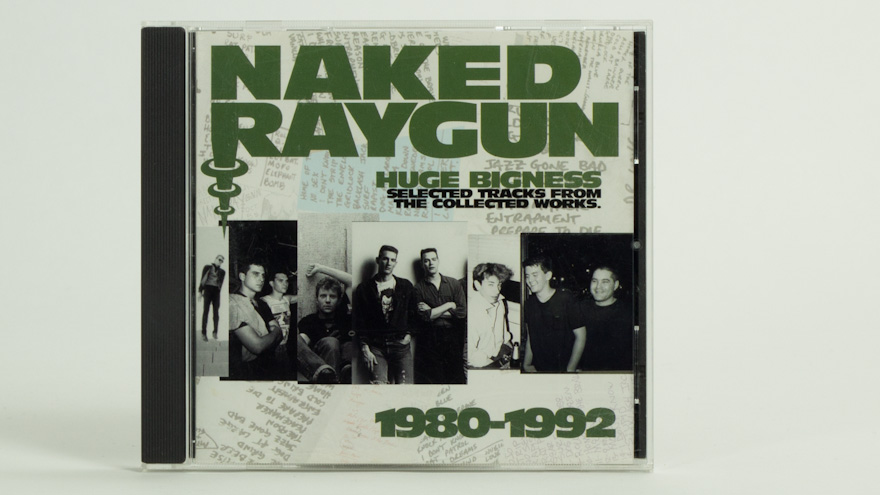 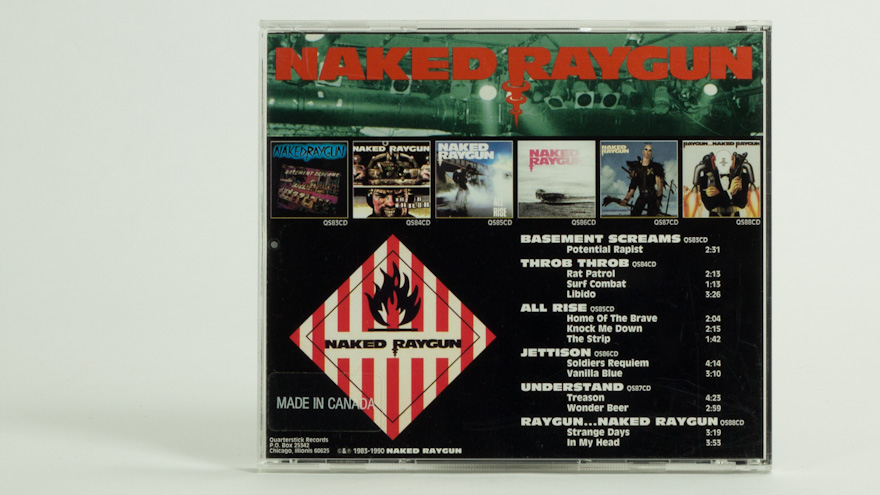 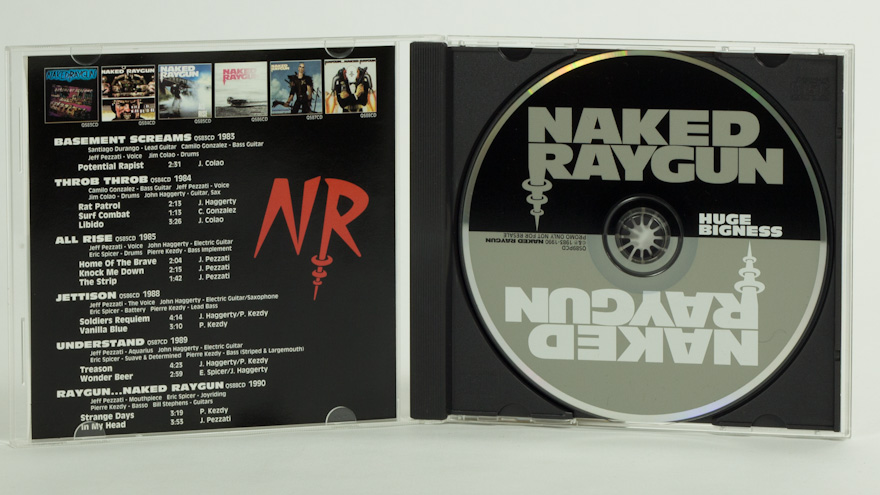 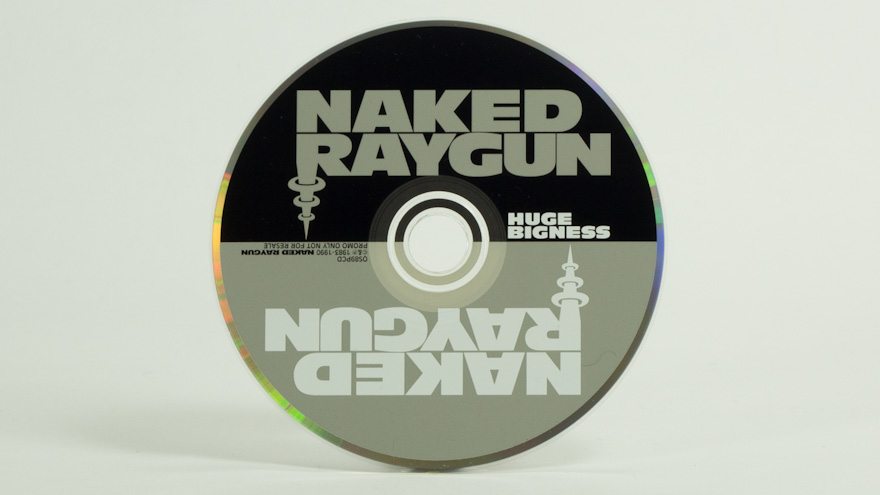 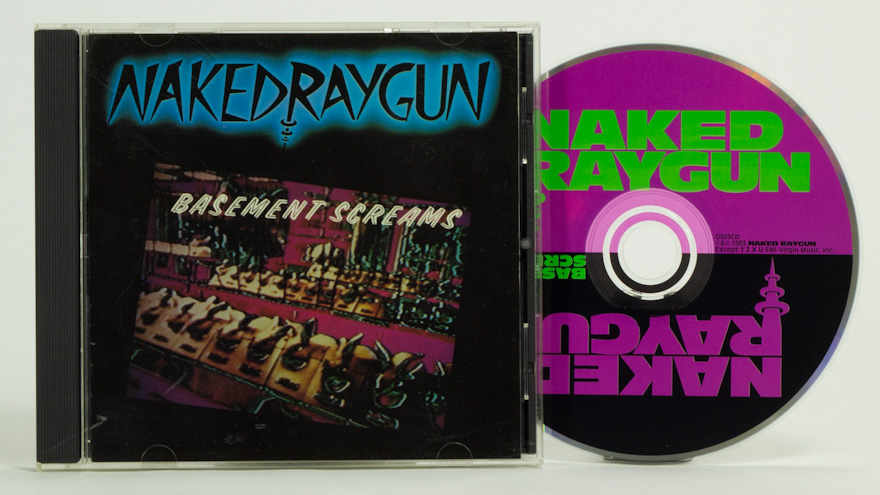 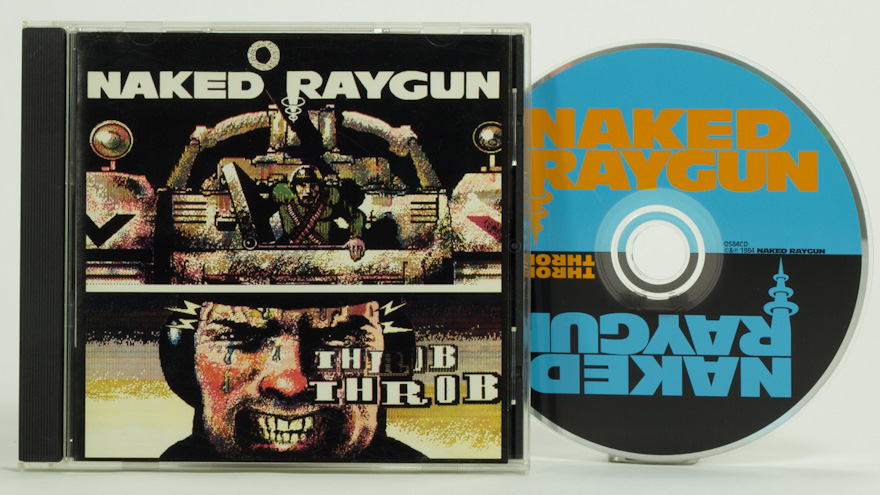 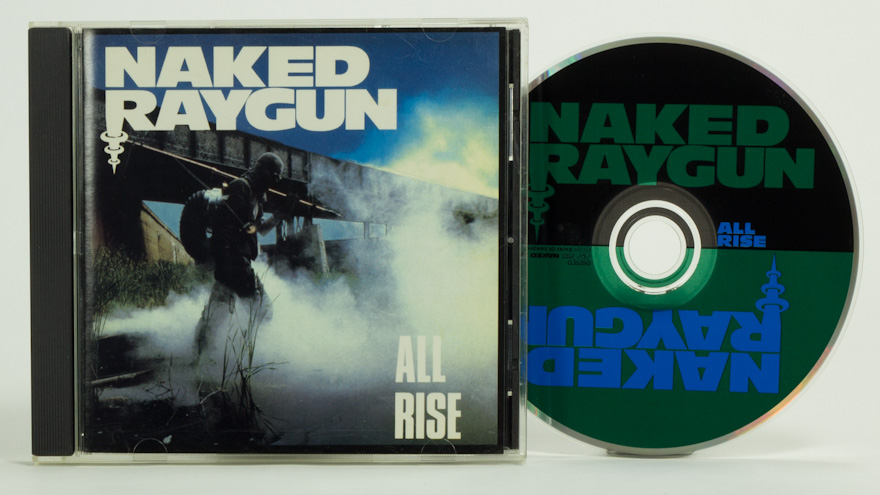 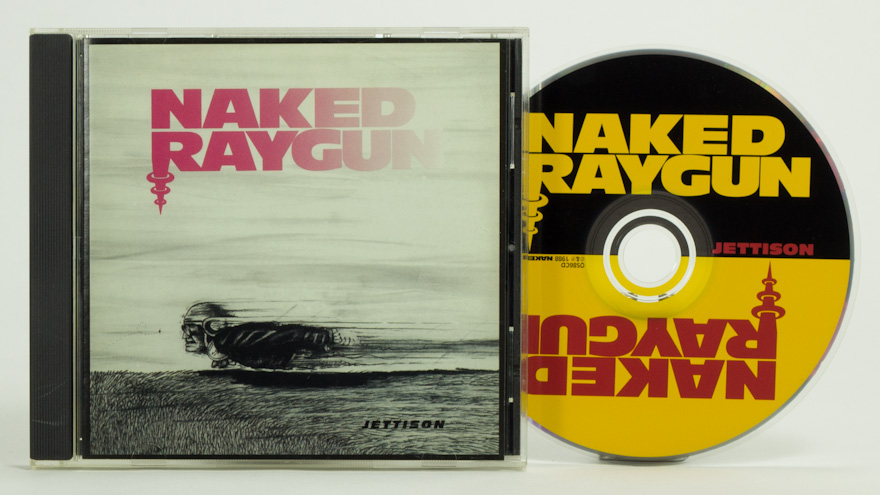 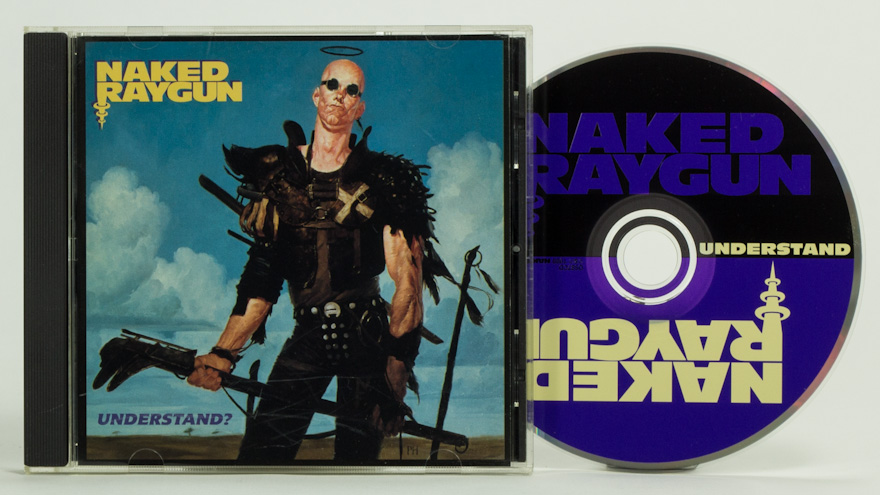 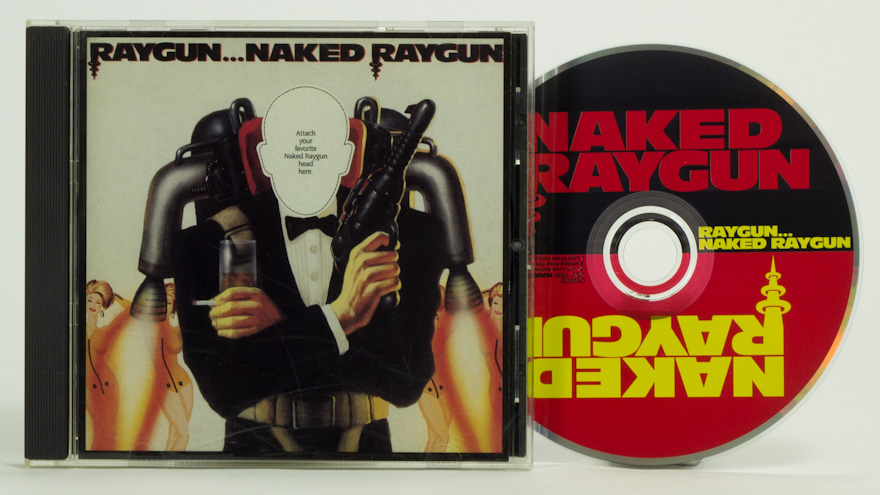 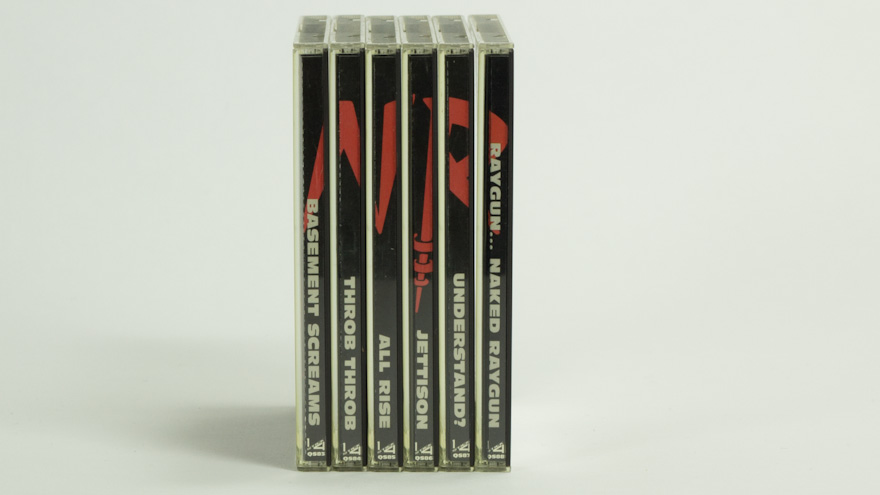 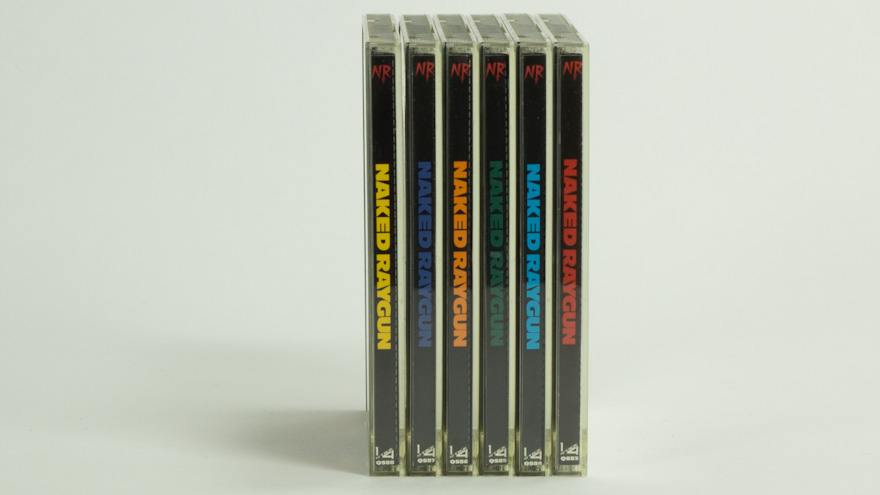 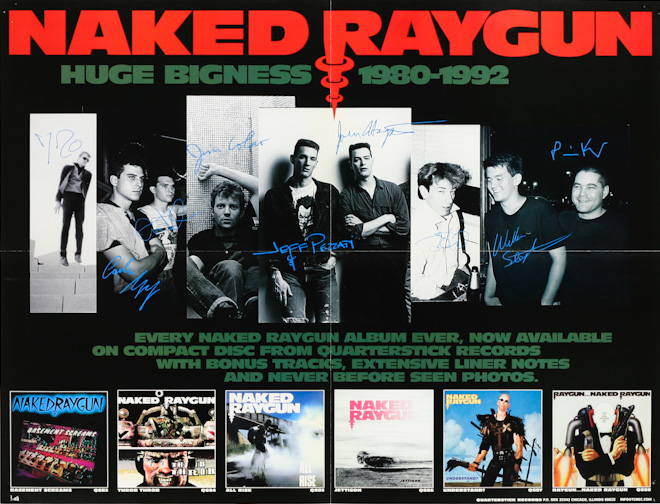