The record accompanied Kathy Acker‘s novel of the same name. Later the band and Kathy Acker staged a live performance of the recording/novel at the Museum of Contemporary Art in Chicago. It was a pleasure and a privilege to meet Kathy Acker in the studio while working on the art for this record. The cover painting is by S. Clay Wilson the noted underground cartoonist. Image on the gatefold is of recording notes done by the band while in the studio. 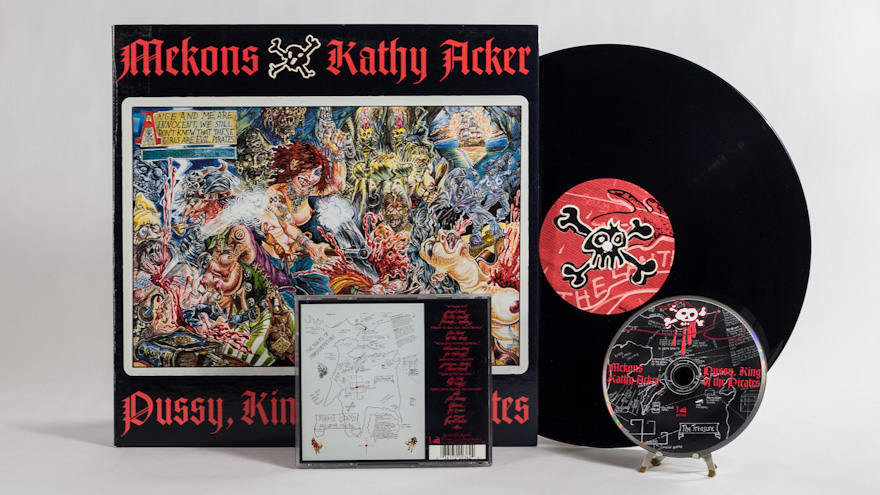 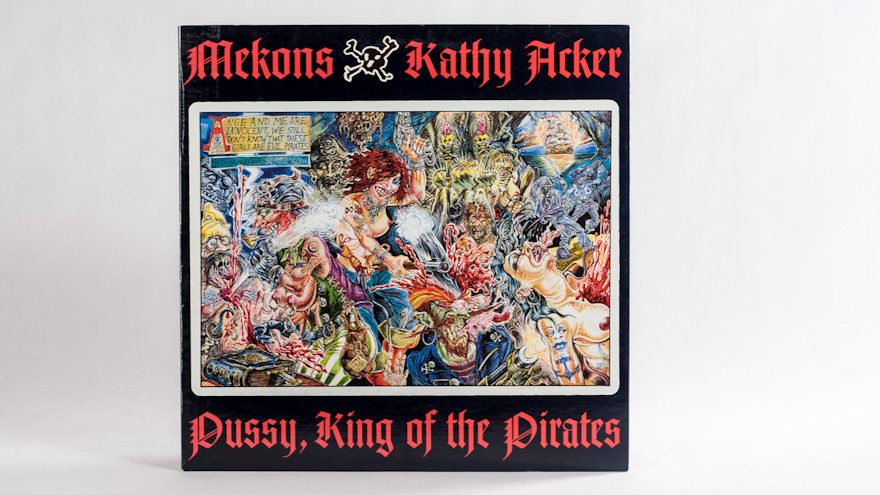 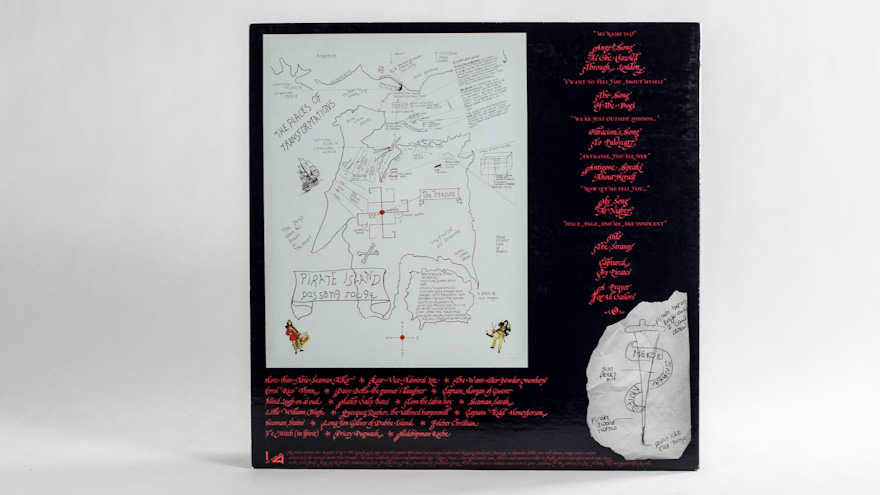 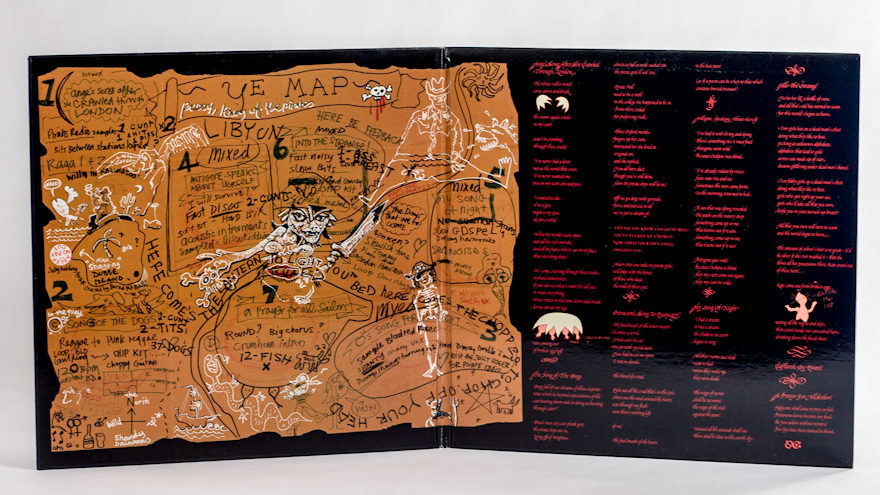 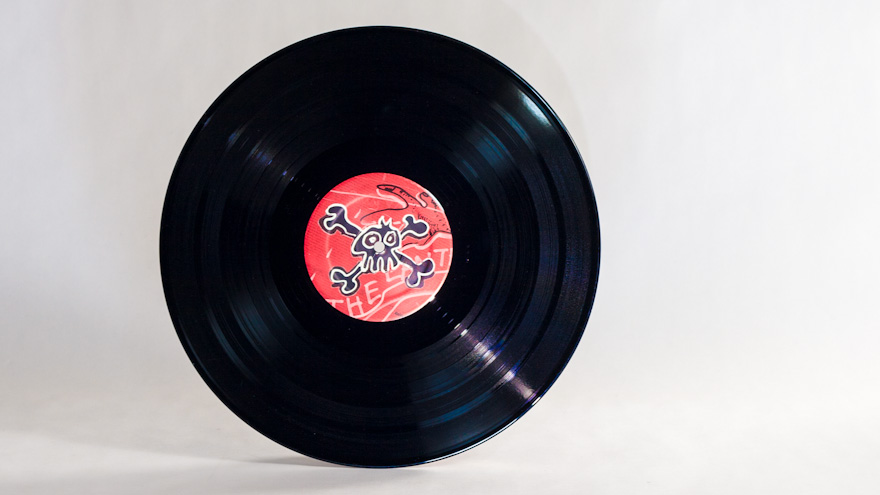 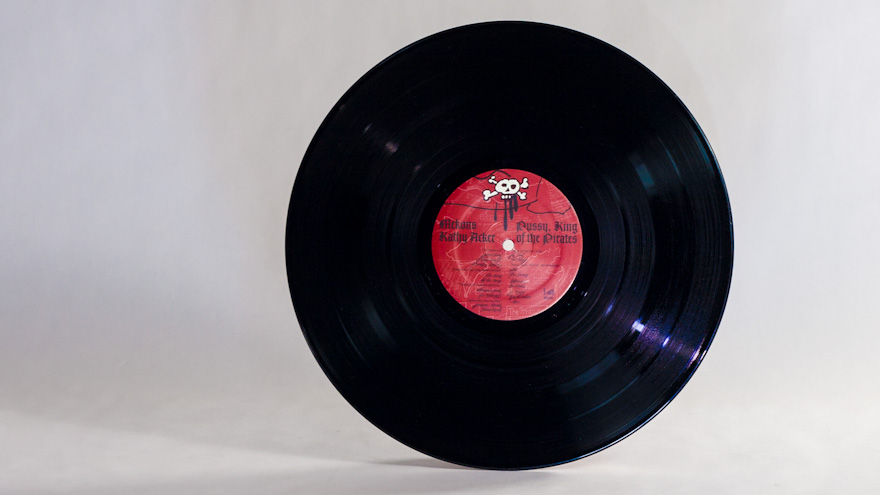 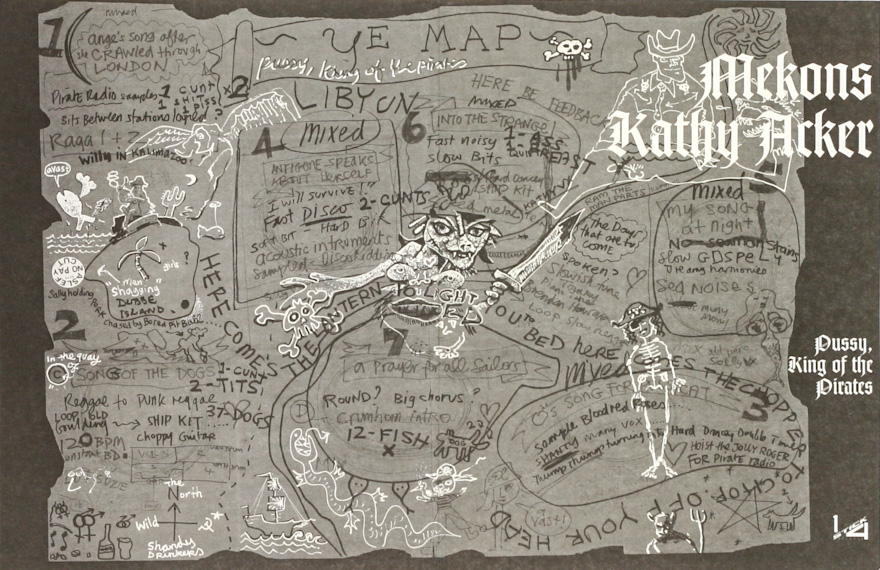 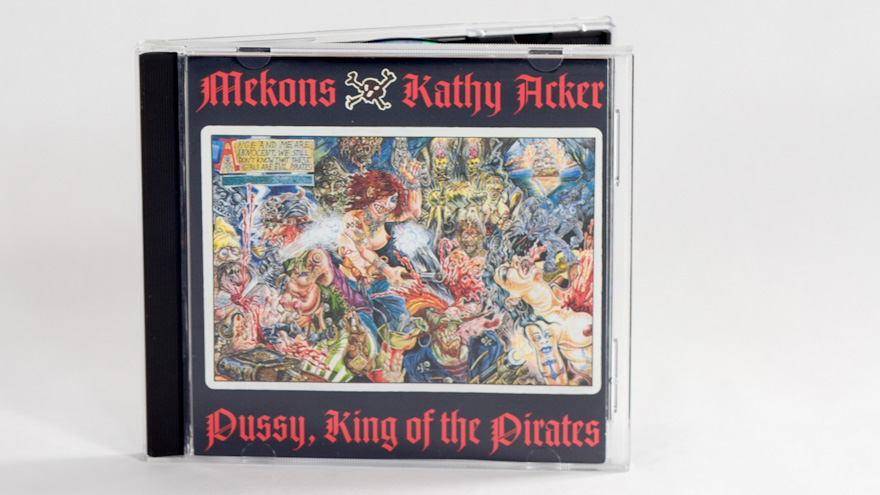 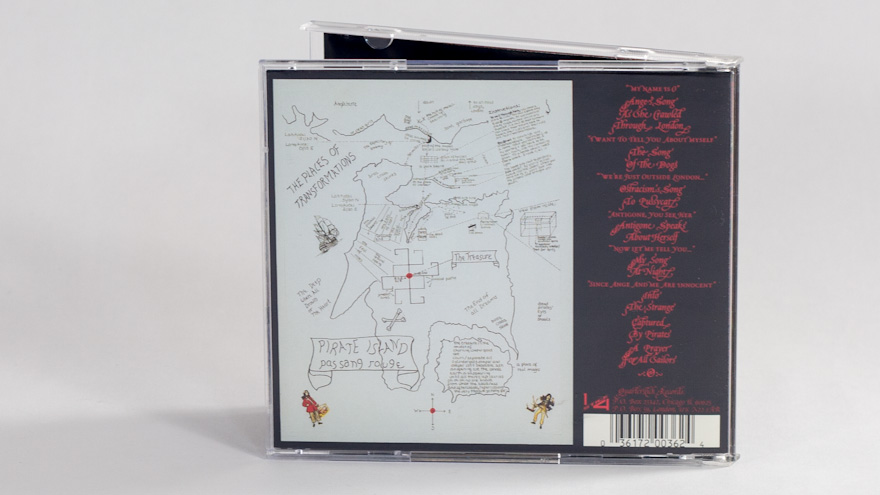 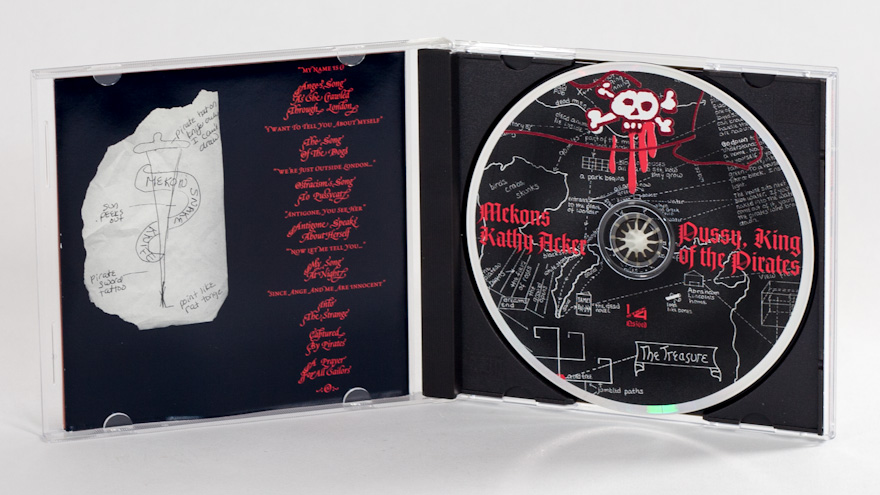 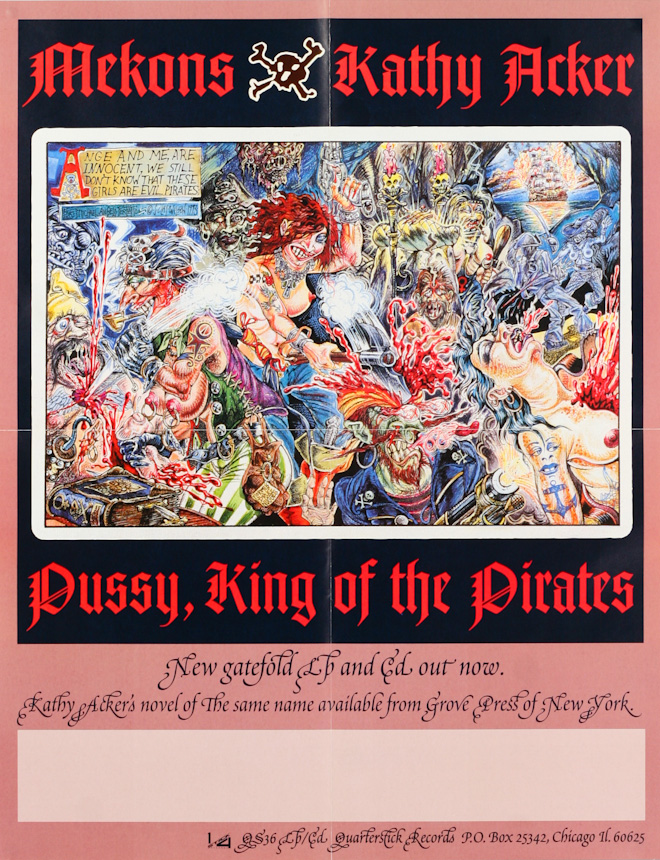