Larissa Strickland provided artfully illustrated art boards for the layout of this record. Photography by Ewolf.

When I look at “Hard Times,” it’s almost like looking at a self-portrait. Larissa is holding my Harmony H74 guitar; Todd is sitting with my ‘66 Slingerland snare; Ron is wearing my shirt, tie, and jacket. The microphone that John is holding, however, was borrowed from my friend John Bunkley. The mic stand was still mine, though.

I think I had worked with the Hyenas prior to this session but this one was the best. It was their request to have the album art resemble something akin to an old Rolling Stones LP or, perhaps, a Blue Note release. Then, it was a matter of getting there – figuring out how to achieve the look (including the props) within the budget, which was…practically nothing. It was lucky that I was fond of collecting 1960s crap. We all crammed into the tiny, too hot “studio” I rented over a decrepit bowling alley and went to work. Single light, bare tube, and a giant black cloth on the wall behind them.

I know it was in this studio, though I can’t recall if it was during this session that Larissa got pissed at John for not being serious enough in the photos. In the series of shots, one frame had John making a face at the camera. In the next, Larissa was gone, having called him an asshole and storming off the set. I thought the two frames laid next to each other were hilarious. Those shots were never used, of course. – Ewolf 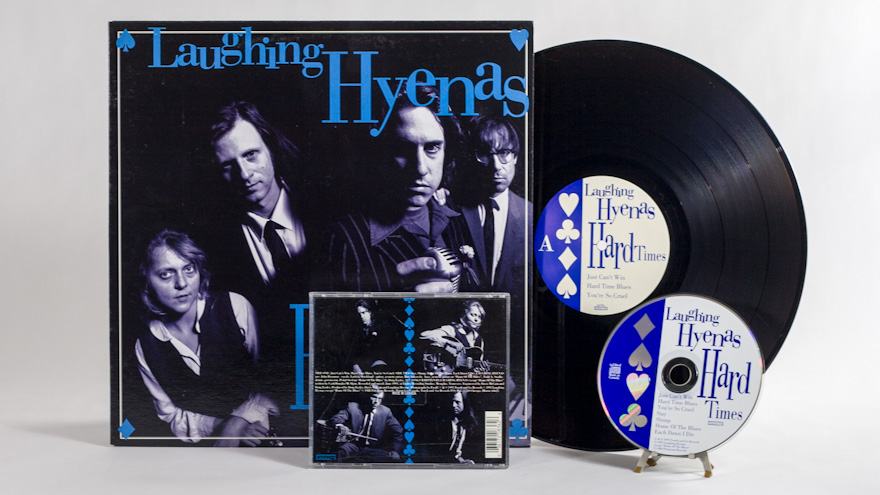 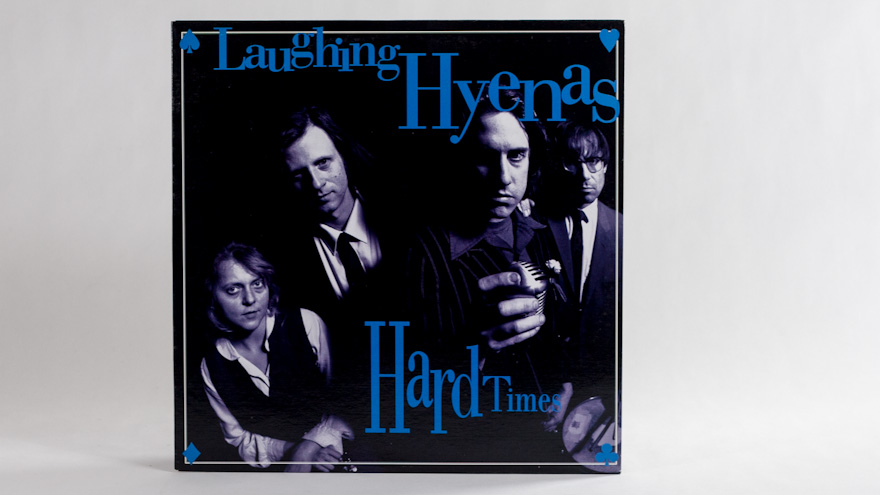 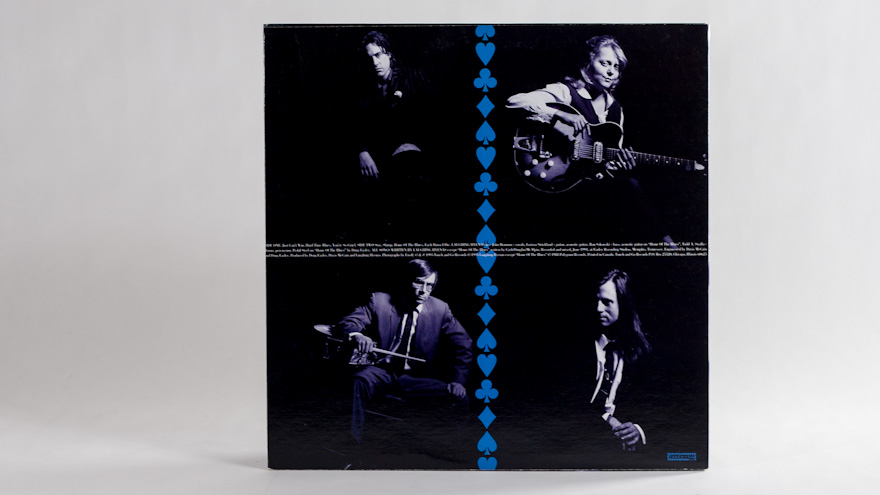 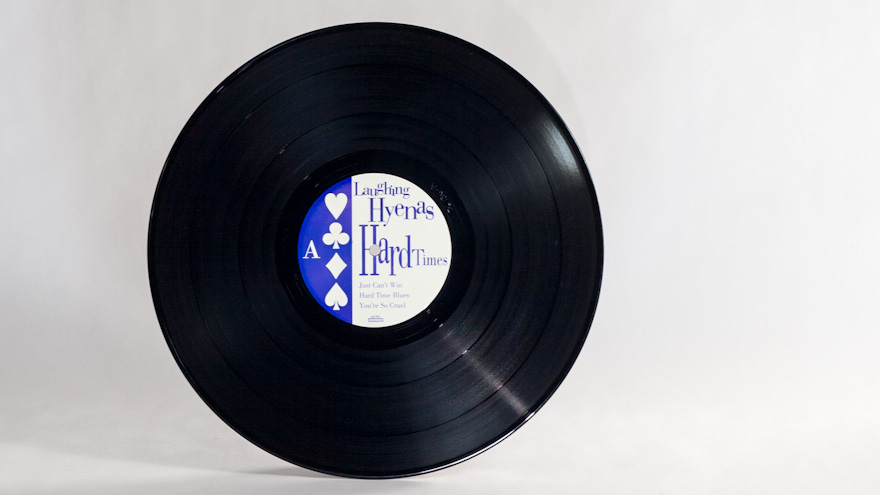 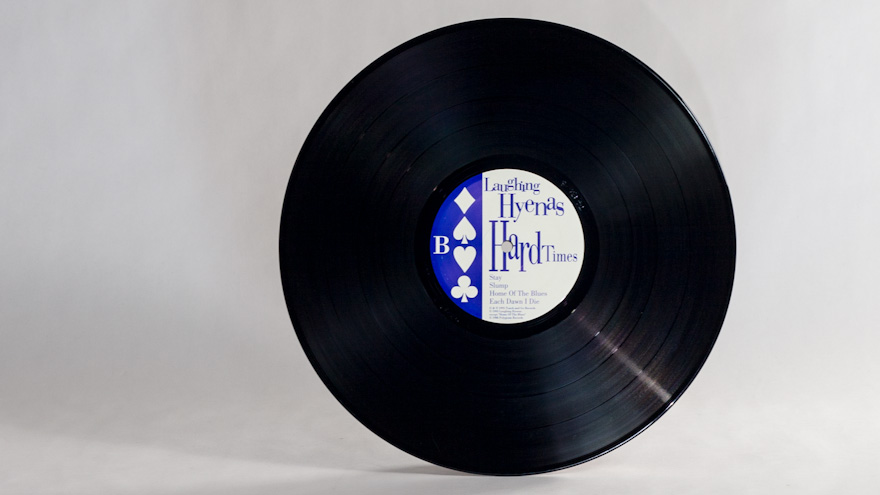 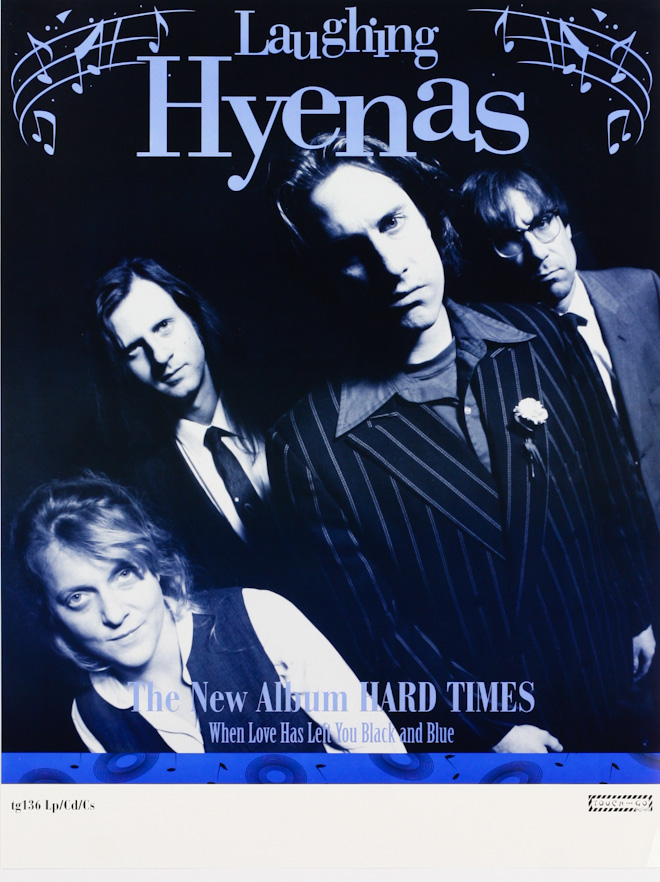