Australian instrumental (mainly) band. The paintings by the band’s guitarist Mick Turner. Most text is his handwriting.

I had a painting I’d done after a friend and my dog had died in the same week. They both had died from a needle, my dog was old and sick but my friend was young and healthy, it was very tragic. I’d always had this idea, not sure where it came from, maybe I made it up, that after someone dies their spirit hangs around for a few days to say goodbye. Anyway so I tried to do this painting of my friend and my dog (who were friends also!) flying off together out over the bay in Melbourne, leaving for the last time, but in the end I found I couldn’t show her, so she is an invisible presence and my dog turned into a horse.

This was a Polaroid shot of a mixed media piece by Lisa Little. It’s a dented hubcap with various ornaments I think made from paper and painted, in the centre is a painted photocopy of a photograph of horses. I love this piece, its trashiness and mystery and heart, that’s how I saw our music!. The title Horse Stories and the horses theme came from my linking horses with escape. I had been a keen novice horse race punter, and I saw that what drives a gamblers heart is a hope of escape.

Inside and cd face/LP labels

These shots were by Tony Wyzenbeek, our occasional harmonica player, they’re mostly from back blocks of USA he took when he came with us on one of our early tours. The car outside the Satyricon club in Portland was a ‘67 Dodge Polara we did a 8 week tour around USA and Canada in. Tony favoured using $1 DIANA cameras from the 60’s with B&W 120 roll film that give the photos a great graininess, I added some watercolor here and there. The centre shot is a photo of a television playing a video clip of a song from our first record. If you squint you might see Nick Cave and David Yow in the background. 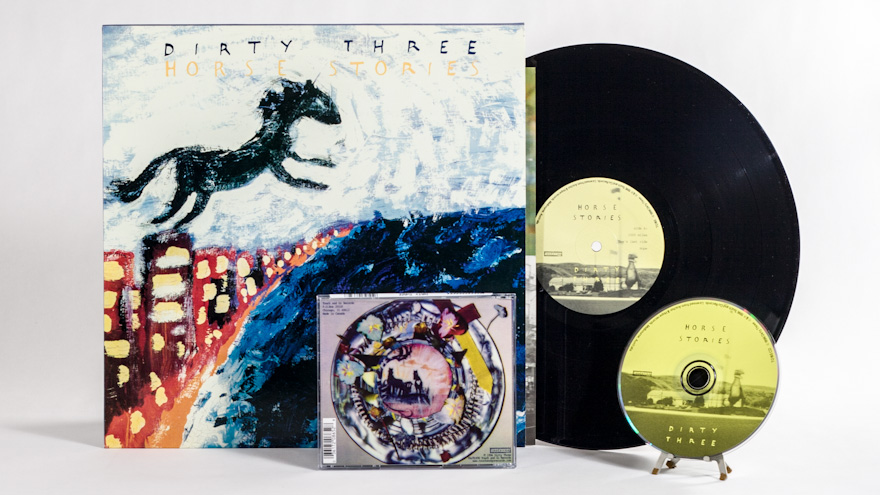 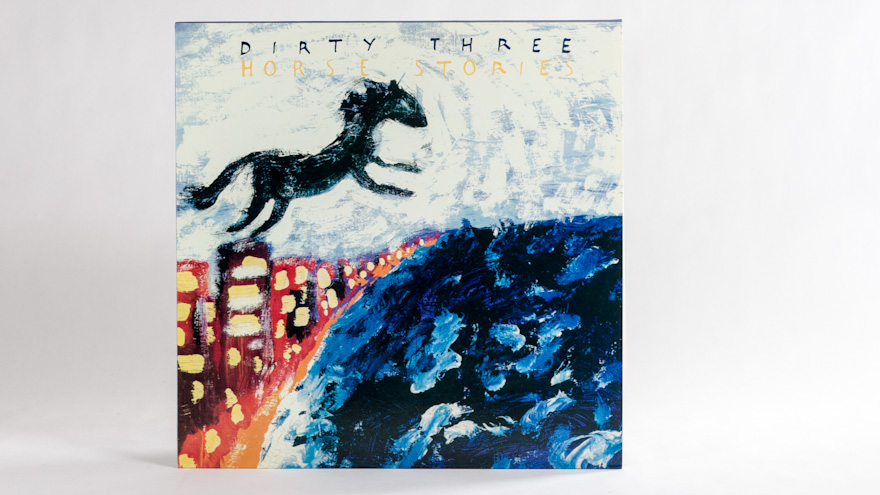 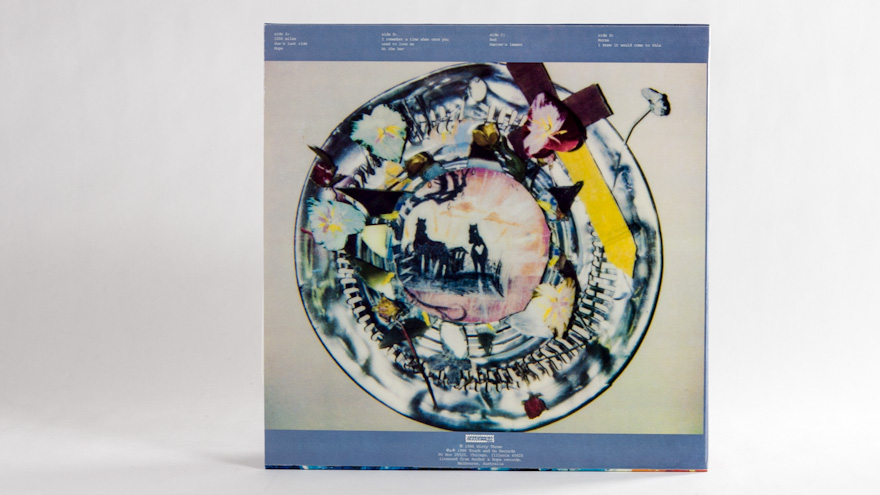 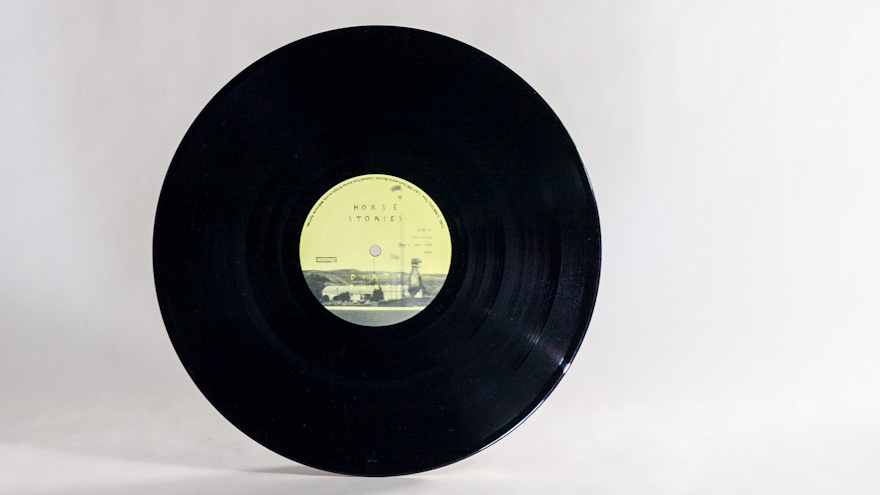 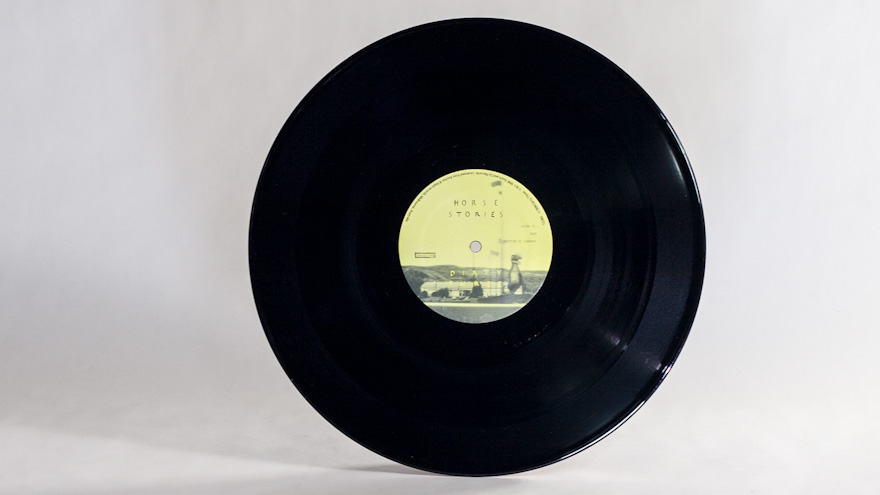 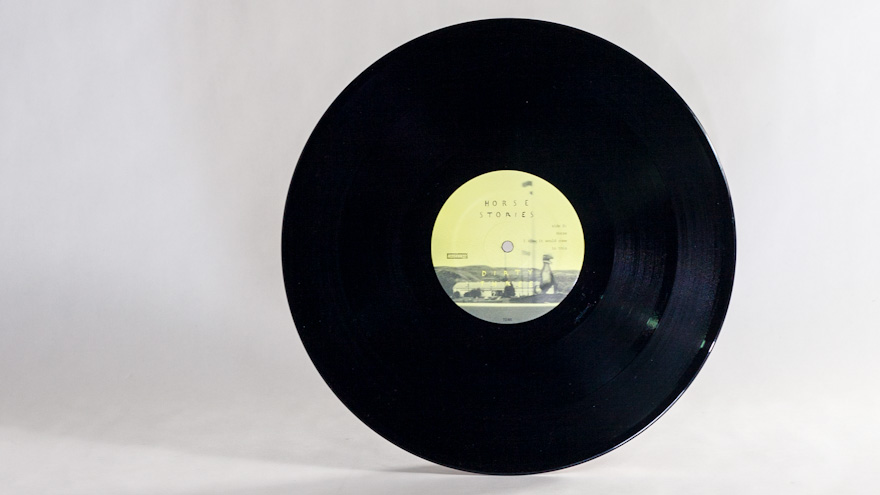 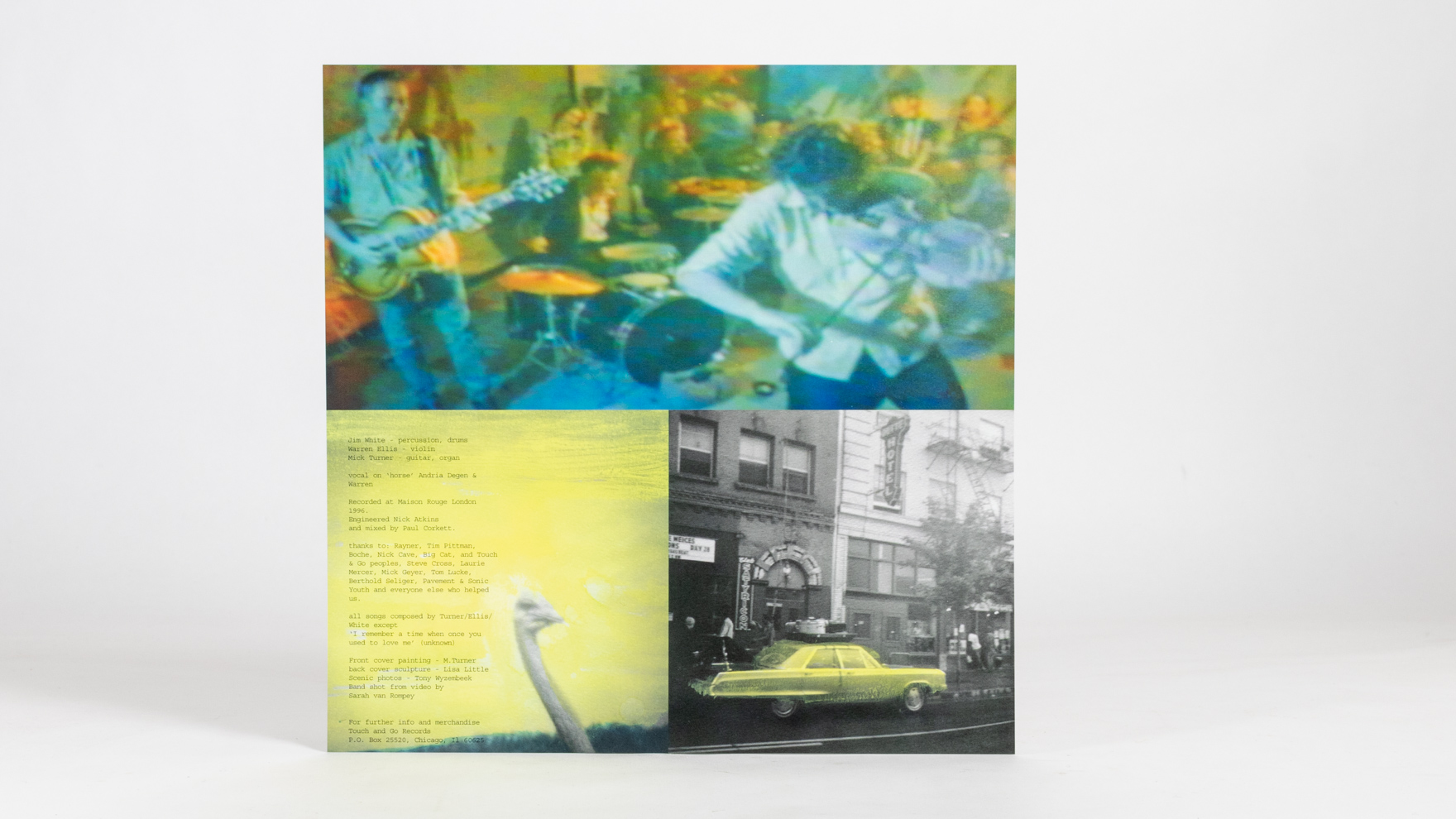 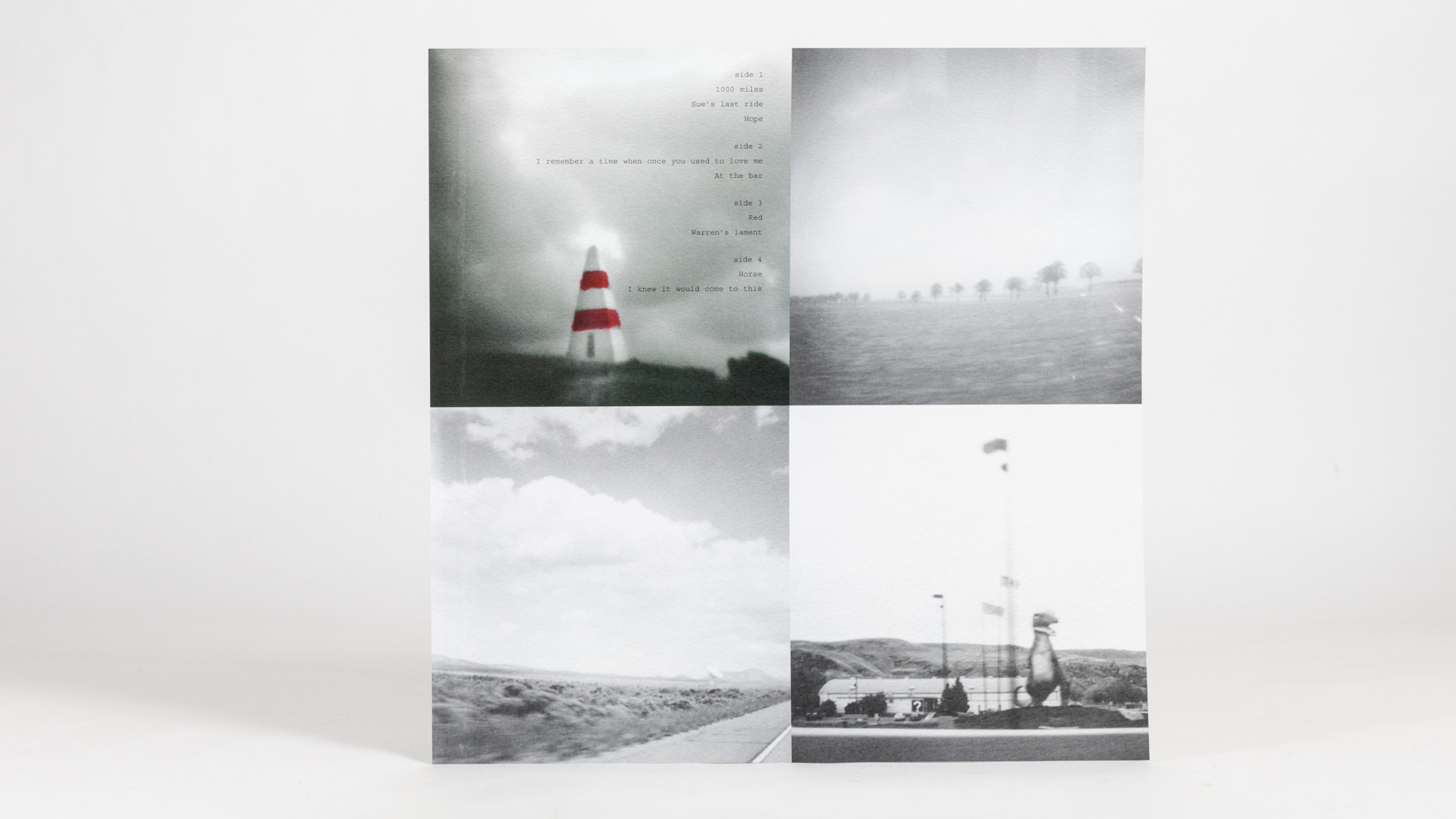 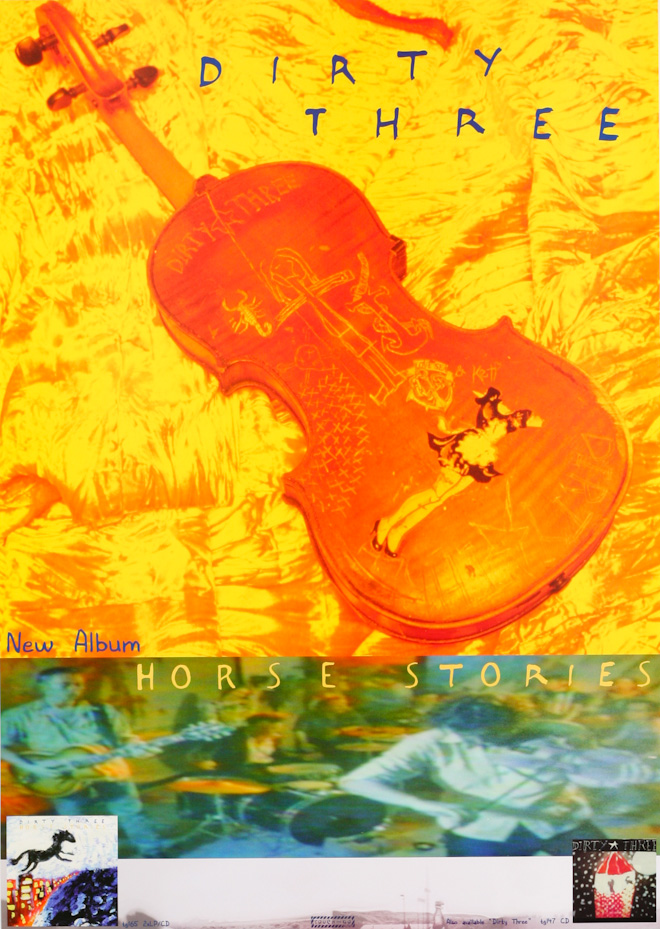 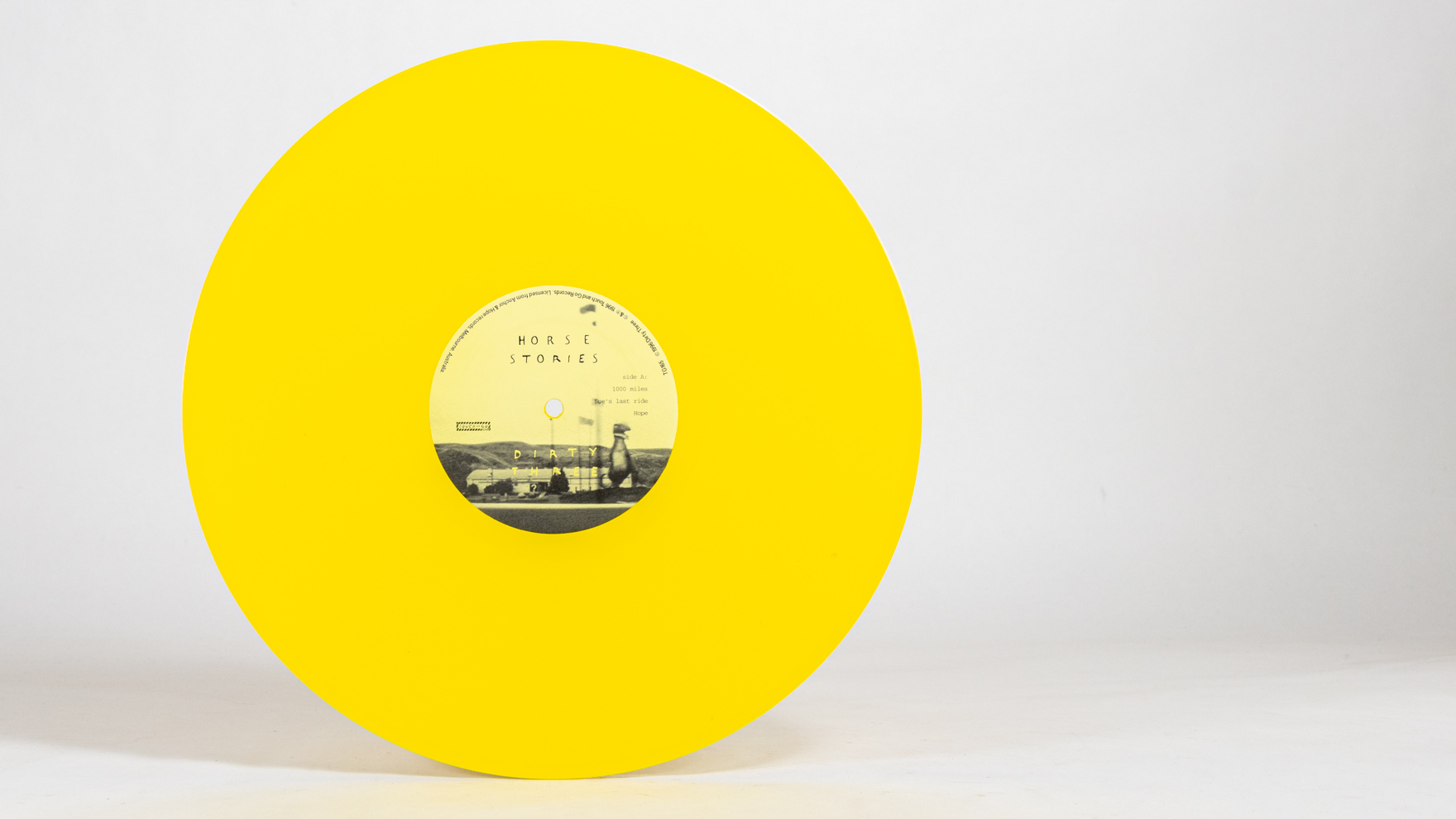 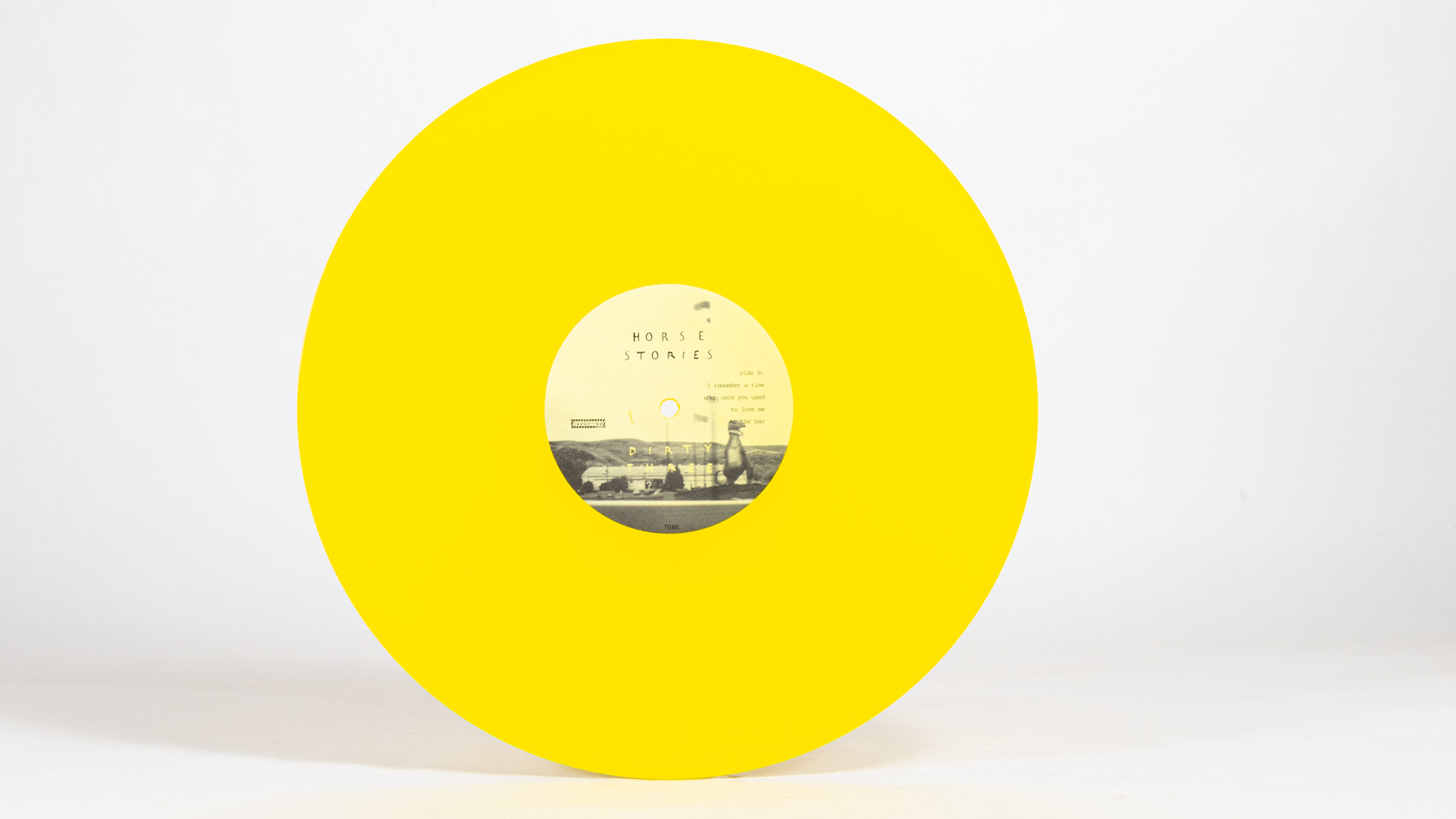 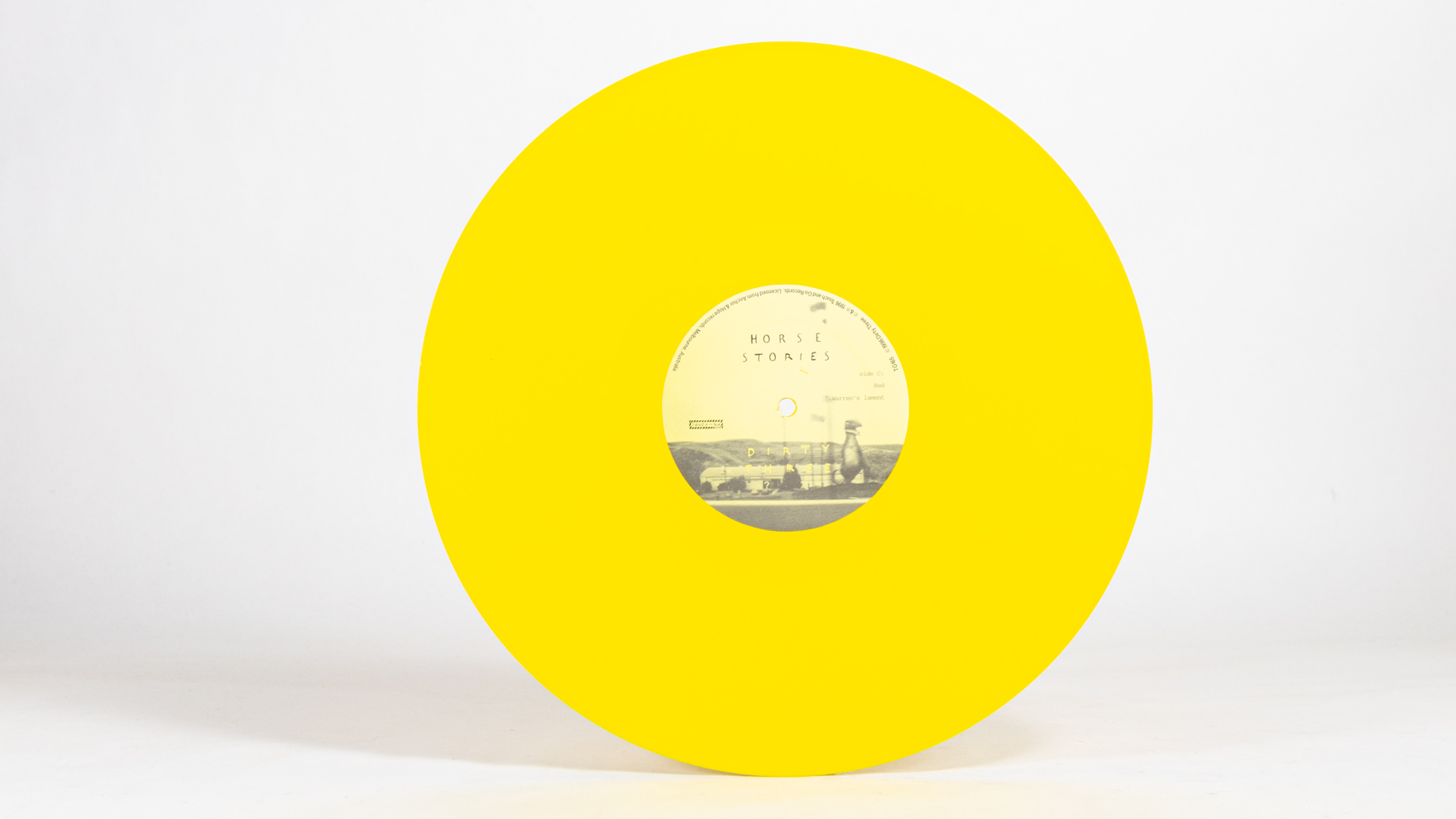 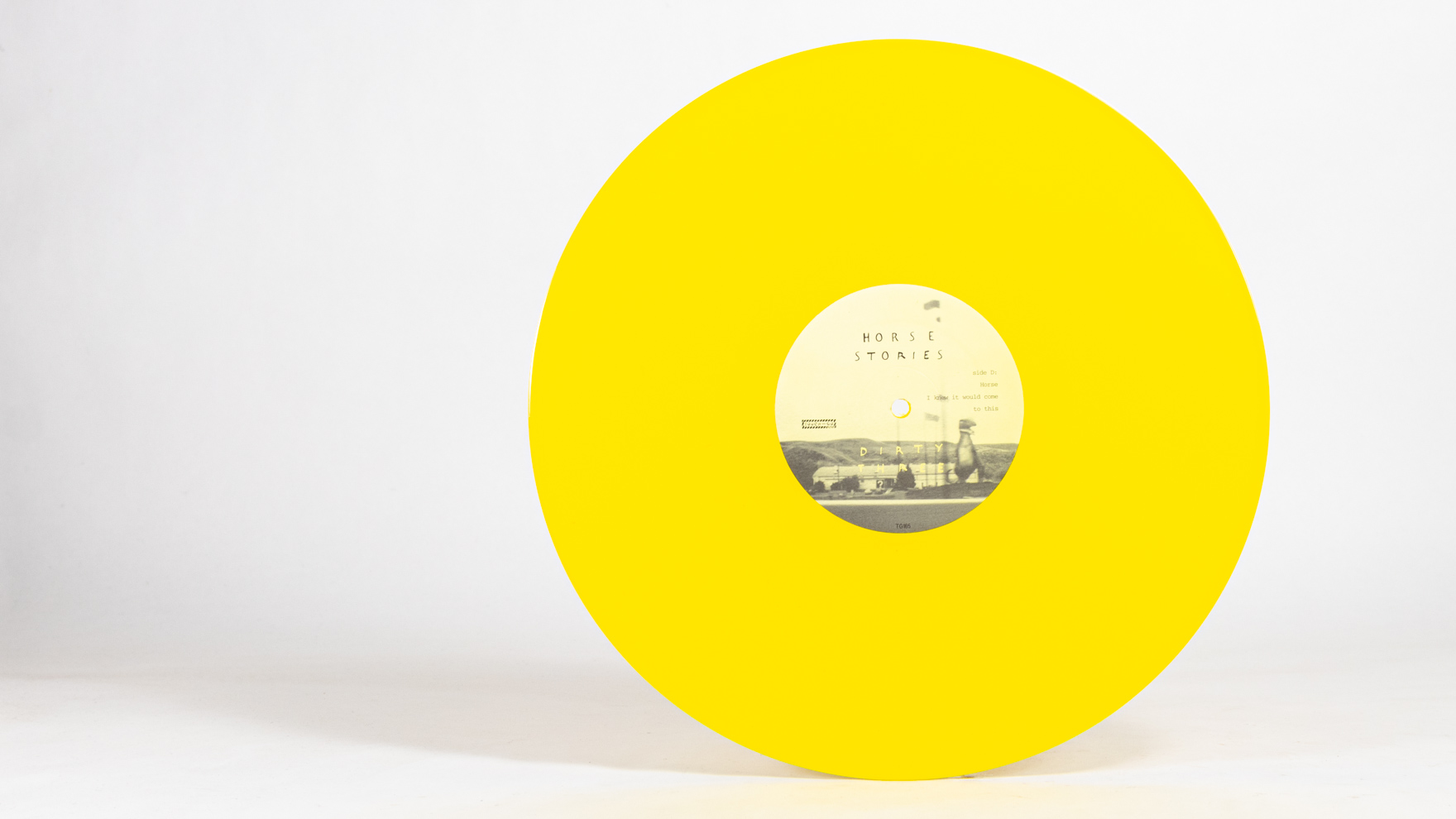