…A Fire In The Bronx Zoo

CD only release of the Dead Voices On Air collaboration with Not Breathing. Photography by Paul Malon.

“I worked with a Doctor called Paul, a dear fellow who was confined to a wheelchair. Every so often he would be helicoptered onto a remote mountain glacier somewhere in British Columbia and would spend days, moving carefully around on a small sled taking photographs. A quite remarkable guy. He showed me his photographs and they and their ‘blueness’ transfixed me. Yet, it’s the story of how the photos were taken that fascinates me still. Totally alone, in the middle of nowhere, waiting for a return helicopter ride. In the face of his own vulnerability, Paul just took these incredible images and I was so grateful that he let us use them. Looks to me like only two images were used. David started a trend on my sleeves here that continues off and on to this day: small font, all lower case. The chosen images have no significance to the title of the cd that was a quote made by a critic of the music of Edgard Varese. I happened upon the quote in the book, ‘The Air Conditioned Nightmare’ by Henry Miller. It just stuck.” – Mark Spybey Dead Voices On Air 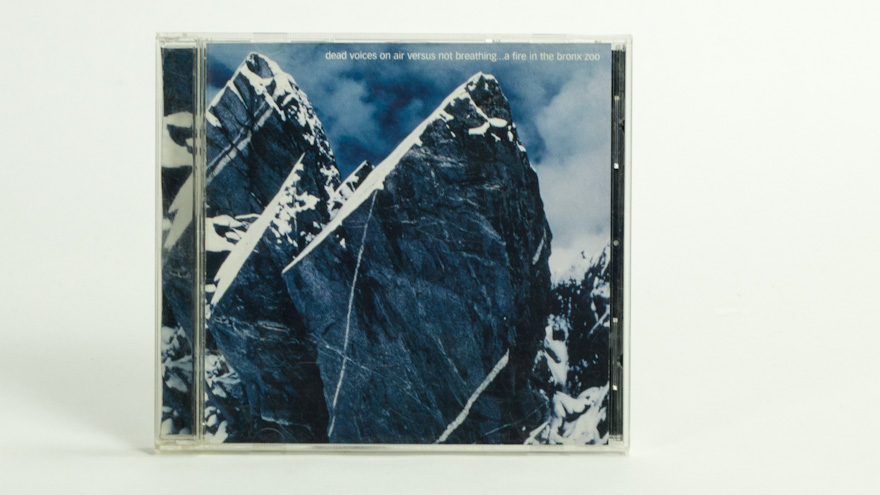 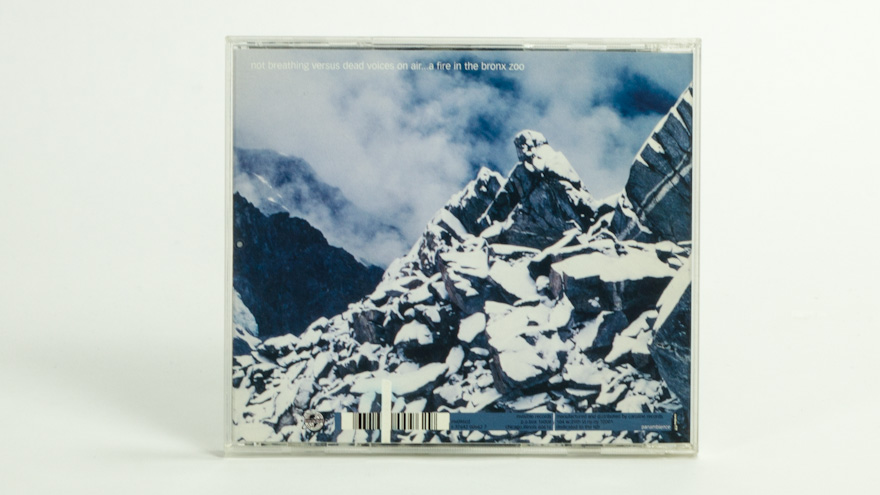 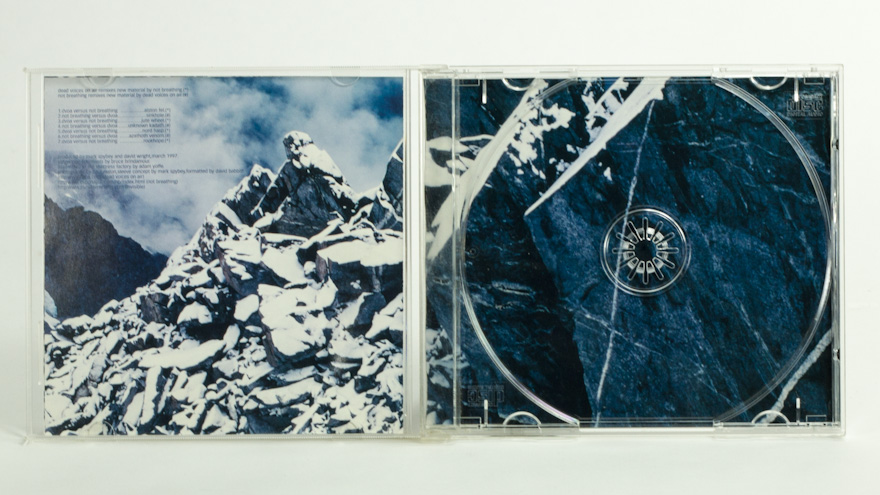 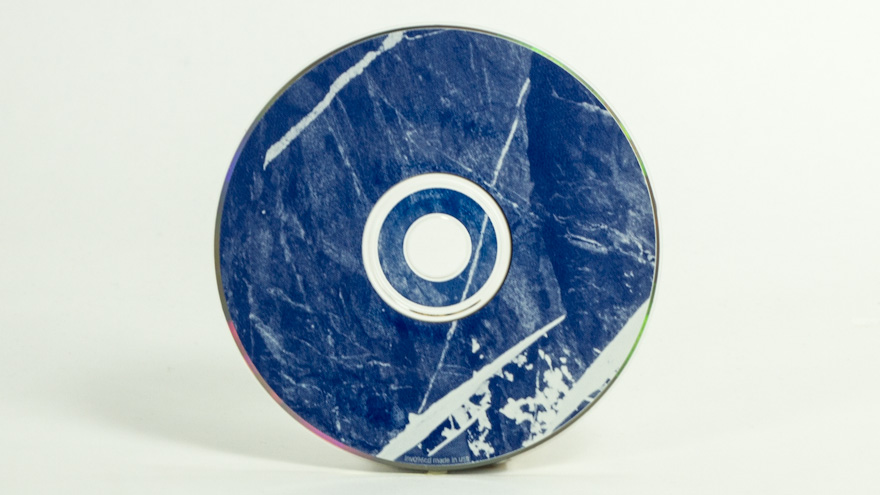