“The sleeve is a series of four paper paintings that are quite textured. In fact the paper was severely buckled and layered with paper towels soaked in paint. If my memory serves me David had a colleague at Touch and Go who was a demon scanner. Is that right? He must have been. I have no idea how they managed to capture the images so well. They are dark and charcoal filthy. I love the way that David chose to use a silver coloured font. The image on the cd and the tray was found on a photocopier at work. It’s taken from a medical textbook I think but I loved the scene, with the little dog waiting no doubt for some titbit from the dissecting table! The title (which is spelt incorrectly on the cd spine and even now, some people refer to the album as How Hollow ‘Hart’ not ‘Heart’) was taken from the writing of Samuel Beckett but I think I discovered it in a journal by Derek Jarman. For me the sleeve captures the music on this record, which is kind of funereal dark, dripping grey-green.” – Mark Spybey Dead Voices On Air

The scanning was done on a Crosfield scanner by Doug Anderson of Infocomm, a cutting-edge service bureau where most Chicago based labels had their films made in the days before direct to plate. Doug and Watt King, the scanner jocks, would go above and beyond for creative artists. 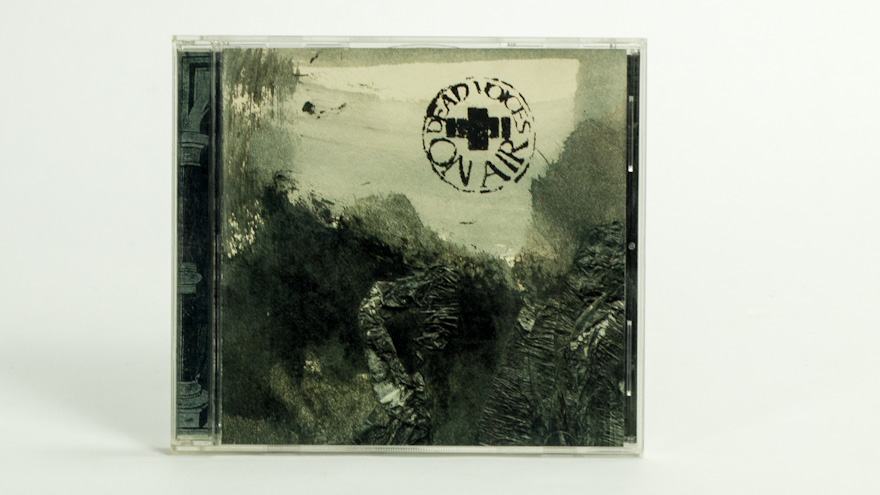 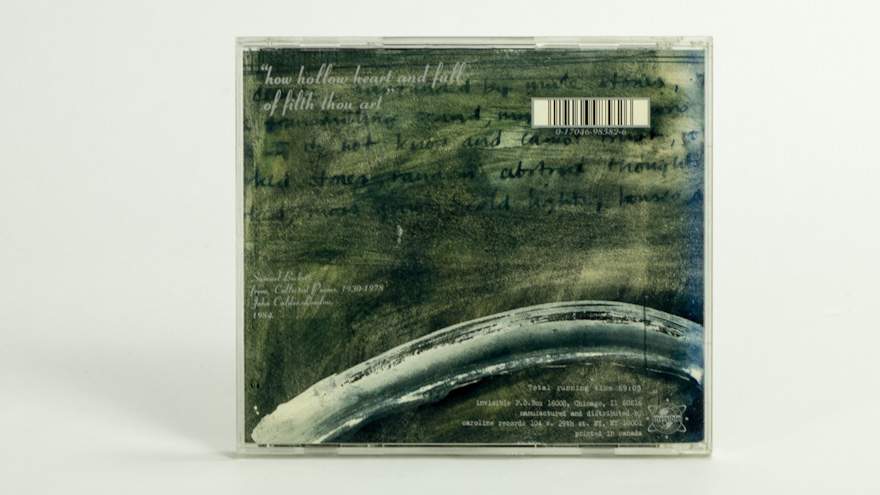 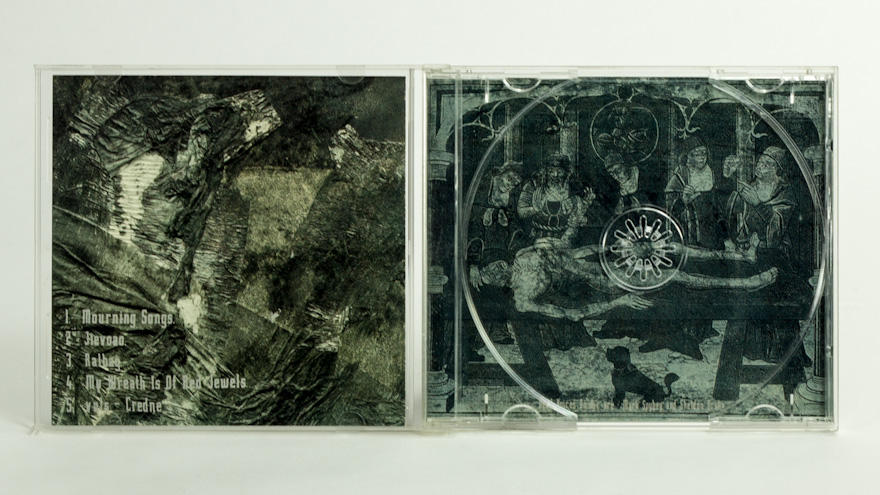 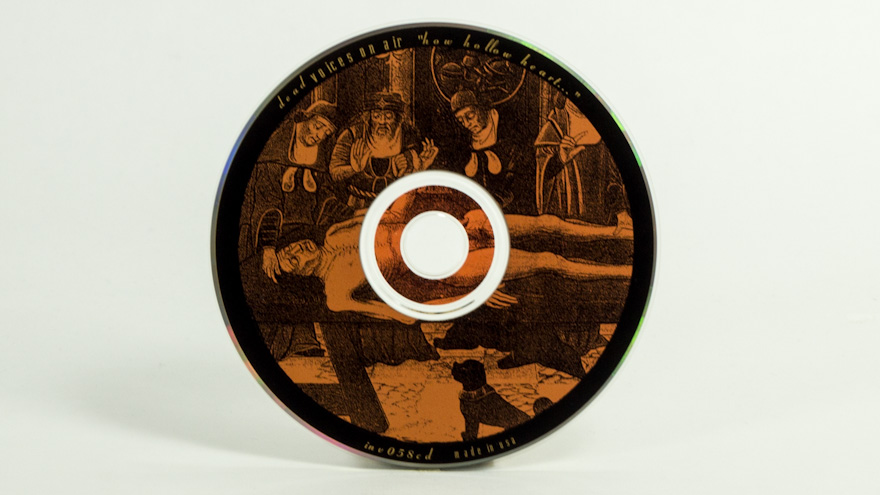