Chicago based band recording for one of the vanguard EBM labels in Belgium. In Europe at the time it was cheaper to print two spot colors for smaller runs and since this was a single, even though the total running time is that of a full length (37+ minutes thanks to the Warzone Unity production), that is what we had to work with. Because of many limitations of photoshop and quark express at the time some film work was done to achieve the range of colors on the cover. The band is still using the logo that was designed for the cover image.

The thing i remember about that artwork is Jim Marcus and I working at your place with you being the driving force of the artwork. it was the first time Jim  was involved with artwork that wasn’t cut and paste. I believe the picture was like literally someone with a football or hockey helmet or something. You were showing Jim how to digitally manipulate images and we stumbled upon something cool and overlayed the logo on top of that.

You were showing Jim the experimentations and we all thought it was cool so decided to use that. – John Norten, Blue Eyed Christ 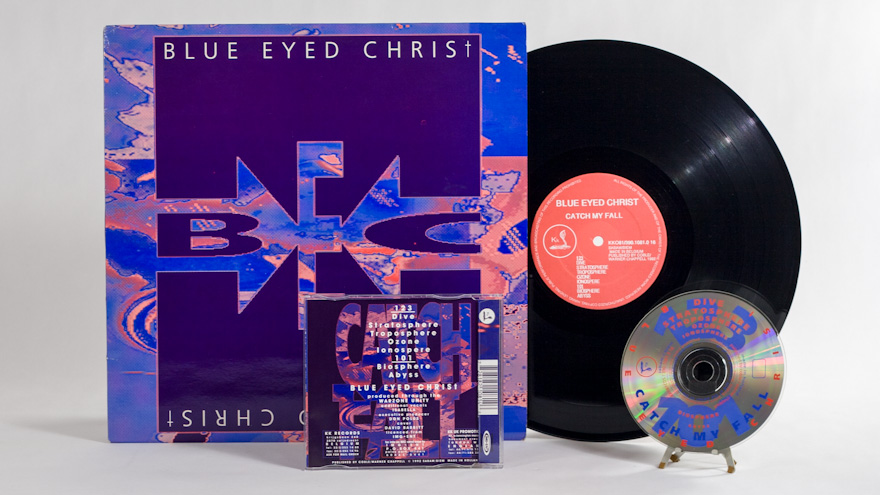 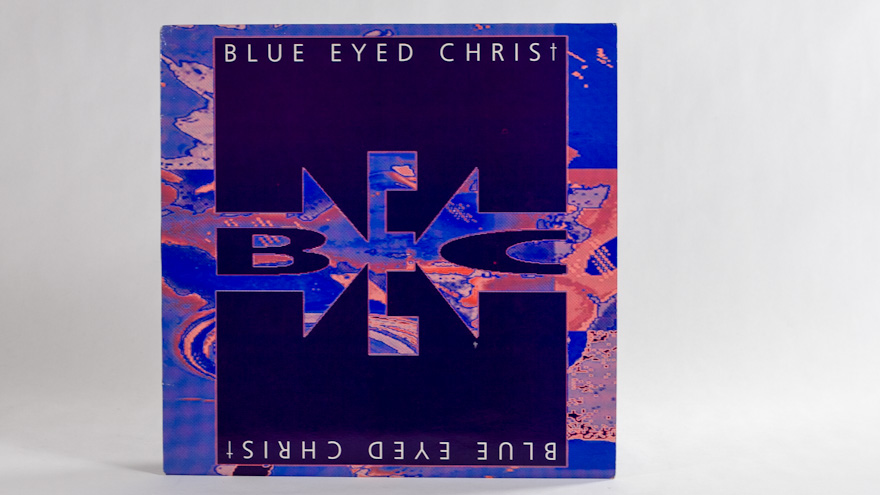 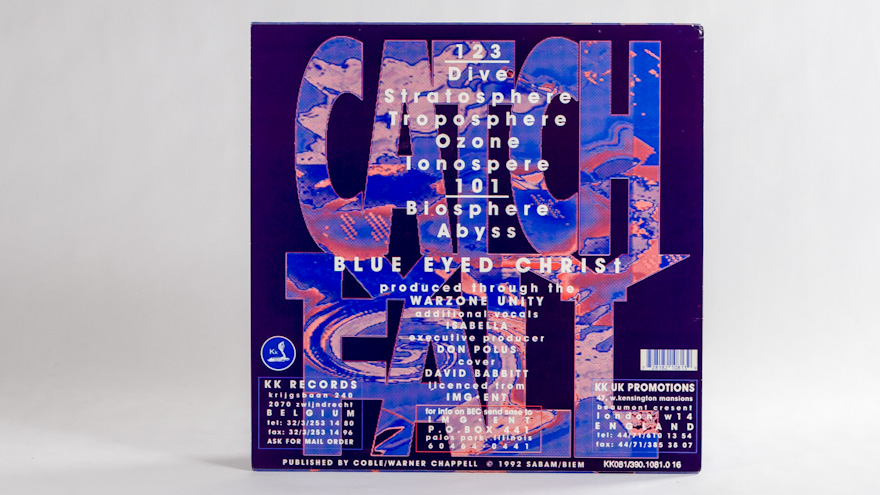 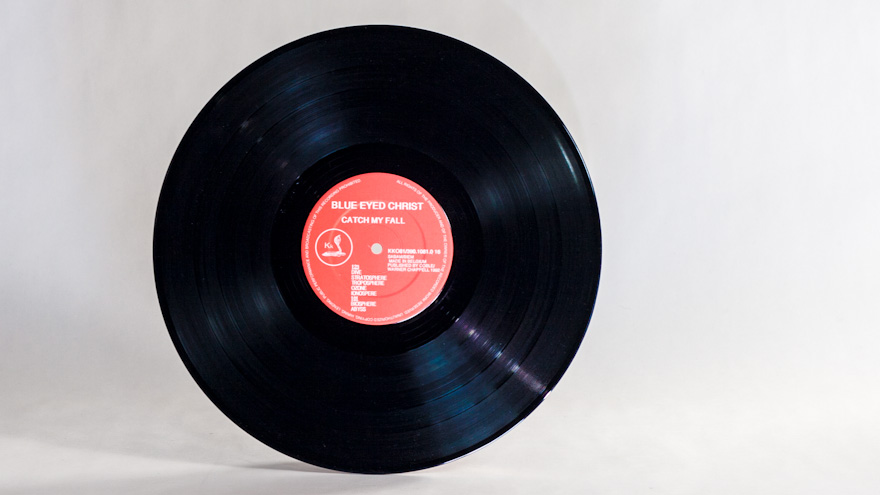 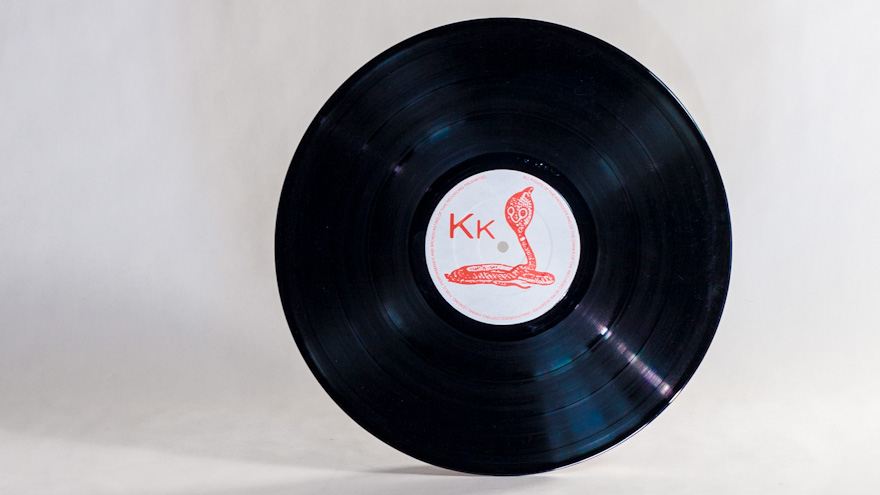