Debut album by Andrew Cohen & Light Coma. William Schaff made the diorama on the cover “You’re So Missed Today” and did all the illustrations. More of William’s work can be seen here.

The inspiration. Listening to the album as I worked on the piece really shaped the final image for me. Whenever working on an album cover, I start by listening to it on headphones the first time…just listening.. eyes closed, and see what ideas come to mind. It’s a beautiful, but dark album and I think the beauty of it all comes through as this sort of soothing light through a heavy murk. Jason Molina, and my feelings about his death played a big part in this for me, too. Knowing of Andrew’s connection with him made me hear lines in songs differently than how Andrew may have meant them. The title of this piece, “You’re so missed today” comes directly from one of the songs on the album and it is me thinking squarely about Jason, and others we have lost.

Once the initial idea is worked out in my head, I go onto use motifs that a lot of my work exists in. Drawing the different elements onto different pieces of matt board…cutting them out and gluing them in position like the old shoebox dioramas I remember doing as a kid in school. The origami cranes were actually folded paper, rather than drawn, because I wanted a true 3d element in the photograph, existing with all this faux 3D happening in the diorama. I love the addition of the engraved plate you put into the final image. That was a finishing touch I should have thought of!

As for the inside images…i give all credit to you folks. Those were images I created over different years, for different things.  I don’t know how you chose them (I have a horrible memory) but they all go together well, and the interplay of text with the images, the color choices..they all look beautiful, creating an even more enveloping packaging. – William Schaff 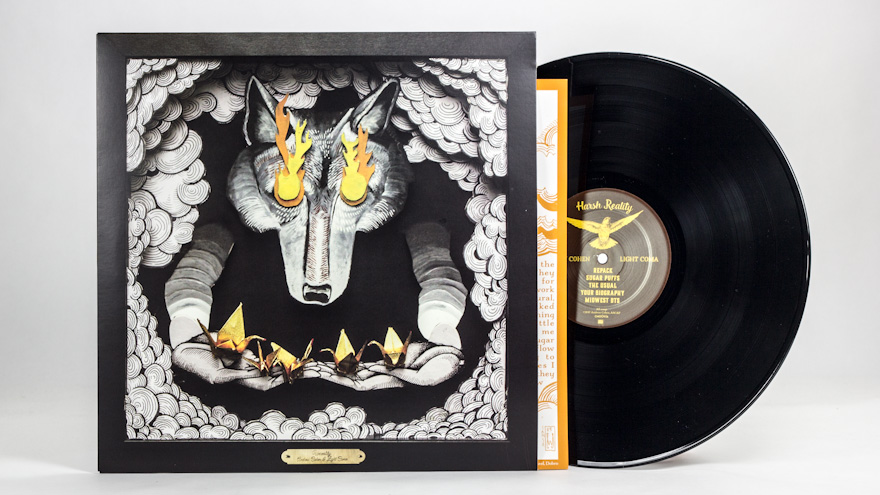 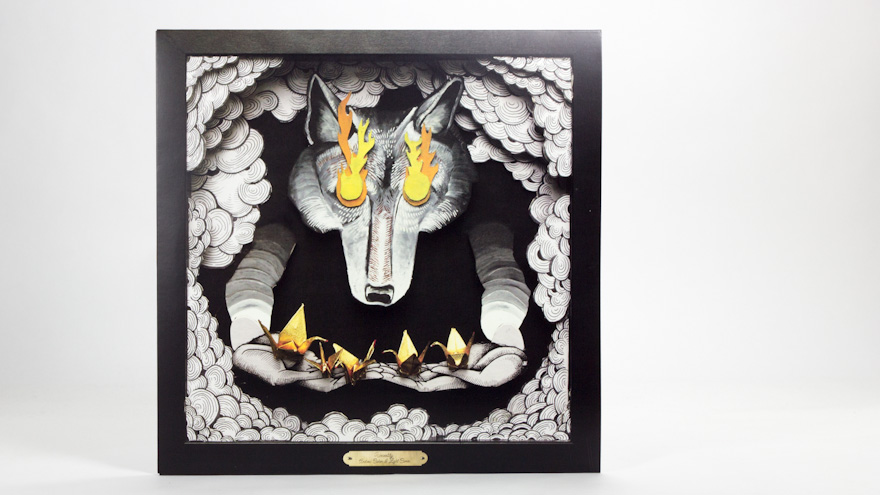 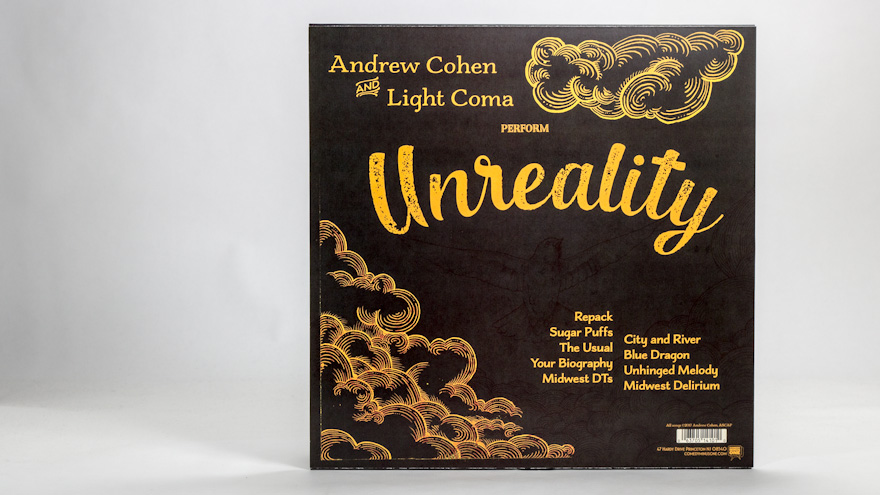 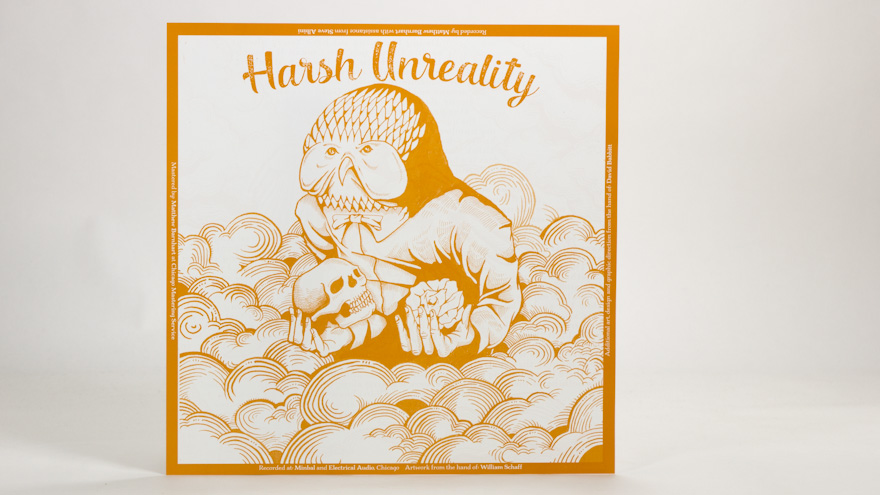 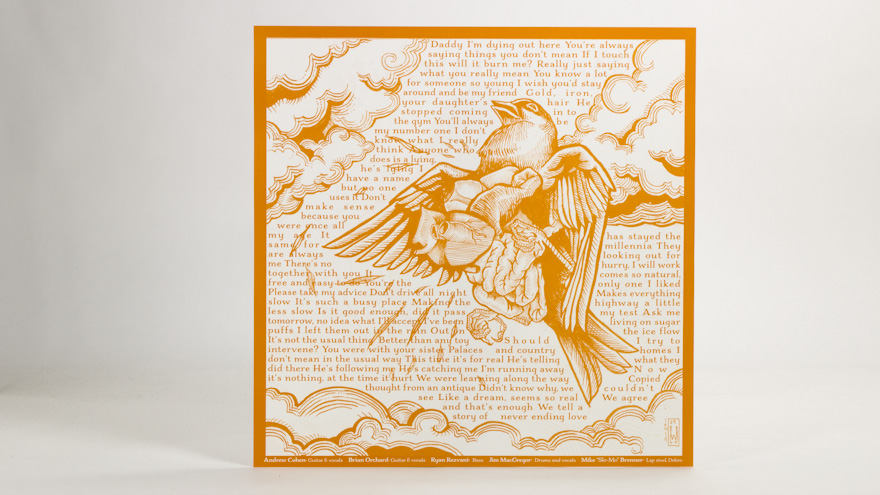 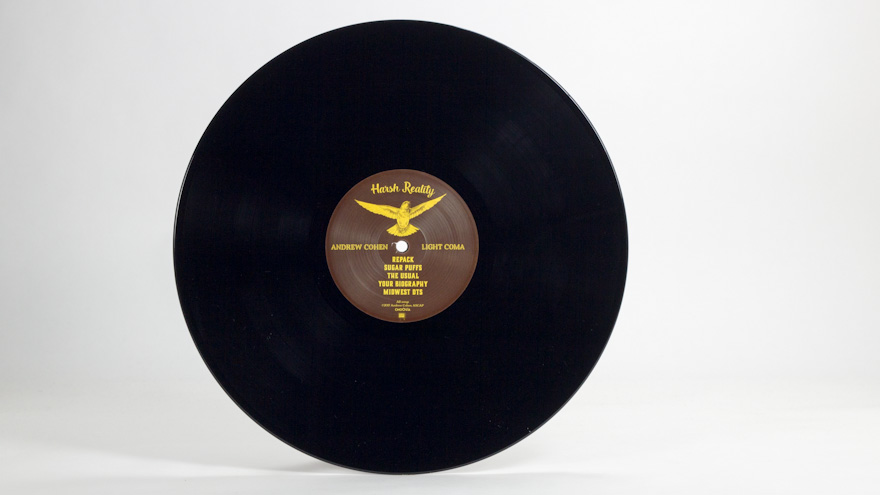 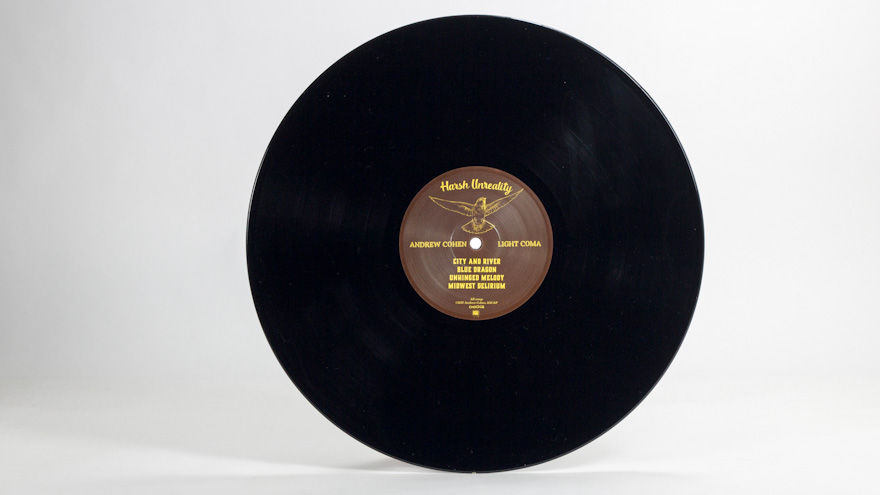